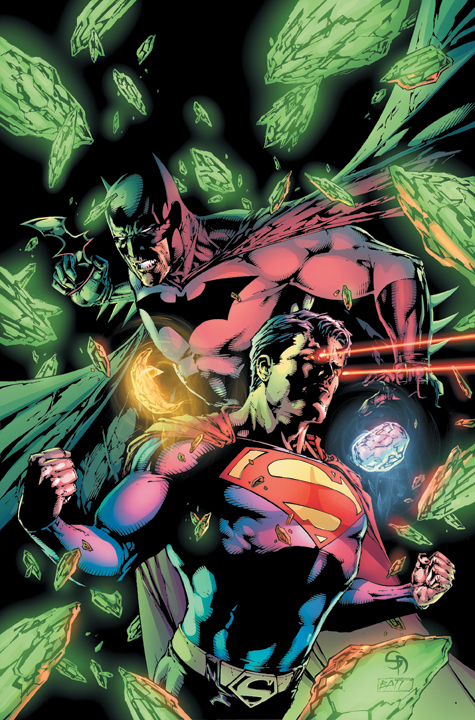 DEC070218
(W) Michael Green, Mike Johnson (A/CA) Shane Davis
Written by Michael Green & Mike Johnson
Art and cover by Shane Davis & Matt Banning
A new color of Kryptonite is introduced as Superman's quest sends him after Metallo! But is Superman willing to ignore everything he stands for and rip out Metallo's heart? What strange places will Batman venture to in order to save the day? Zatanna guest stars in this tale constructed by Michael Green (Heroes) & Mike Johnson with art by emerging superstar Shane Davis (MYSTERY IN SPACE)!
On sale February 20