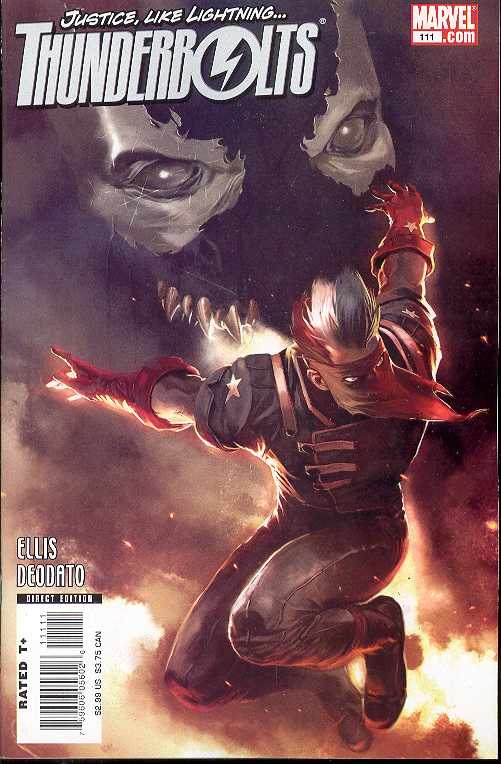 DEC062336
(W) Warren Ellis (A) Mike Deodato (CA) Marko Djurdjevic
Written by WARREN ELLIS
Penciled by MIKE DEODATO
Cover by MARKO DJURDJEVIC
Variant cover by ARIEL OLIVETTI
Faith in Monsters, Part 2 of 6
The new Thunderbolts embark on a manhunt for Captain America's old sidekick, Jack Flag. Can Jack survive against the raw power of Venom and the cunning of Moonstone? And what has he done to deserve being hunted down? Plus, discover how Songbird ended up a low-ranking member on the team she used to run.
32 PGS./Rated T+ ...$2.99