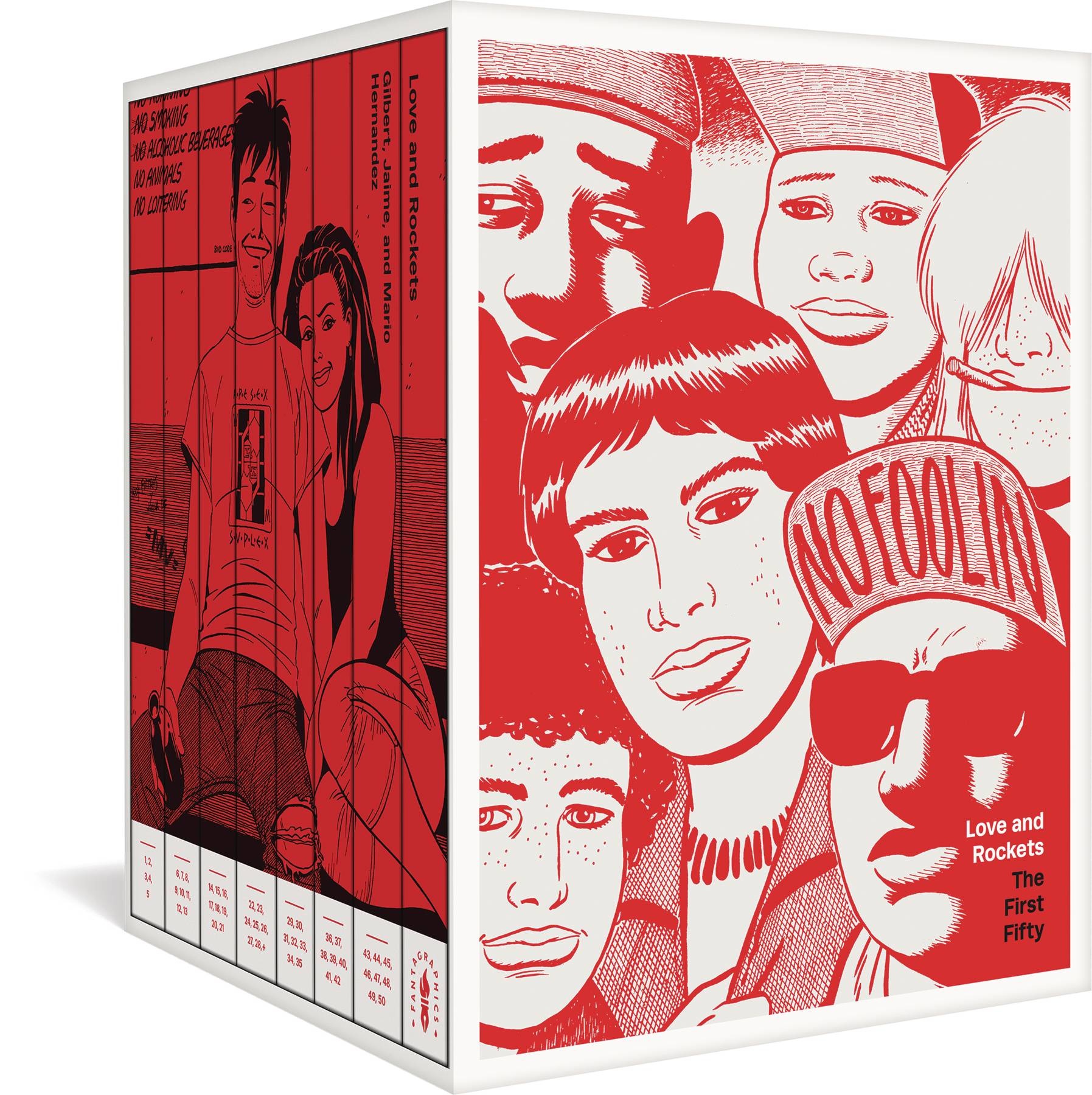 #
AUG221410
(W) Gilbert Hernandez, Jaime Hernandez, Mario Hernandez (A) Jaime Hernandez, Gilbert Hernandez, Mario Hernandez (CA) TBD
Fantagraphics celebrates the 40th anniversary of Love and Rockets and the debut of the Hernandezes' first published comics with an impressive eight-volume slipcase collecting the series' first 50 issues. Painstakingly compiled in issue by- issue facsimile - including every cover, comics page, letter column, and even ads! - the comic books are presented just as they appeared between 1982 and 1996, recreating not only the reading experience of tens of thousands of fans, but of a particularly fecund period in comics history when a new generation of cartoonists was exploding the idea of what comics could be. An eighth volume contains  numerous other essays, reviews, and profiles written concurrently, a virtual history of the growth of Love and Rockets and the simultaneous rise of the literary comics movement of which they were exemplars and trailblazers.
In Shops: Nov 23, 2022
SRP: $400.00
ORDER WISH LIST