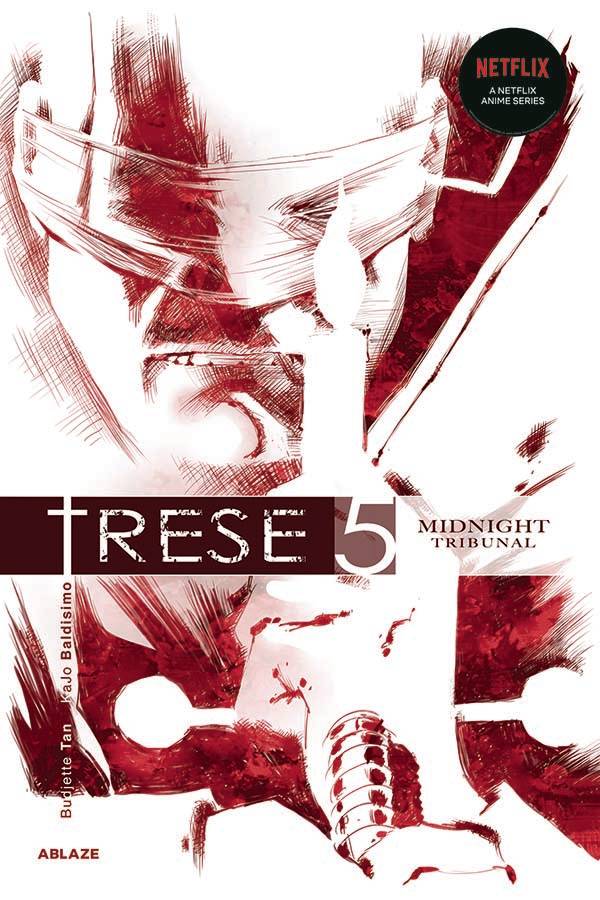 #
AUG221024
(W) Budjette Tan (A/CA) Kajo Baldisimo
Award-winning Filipino comic book and hit Netflix anime series!
In a city where the vampiric aswang control everything illegal and where ancient gods seek to control everything else, enforcing the law can be a very difficult task.
When crime takes a turn for the weird, the police normally call Alexandra Trese.
But lately, it seems like others have been taking that call...
A mysterious motorcycle racer has been capturing criminals with his unearthly speed.
A masked giant has been demolishing drug dens and destroying gangs' headquarters.
Trese must control these supernatural crime-fighters and bring back order to the city before the underworld attempts to seek balance in its own way.
Trese: Midnight Tribunal is the fifth volume of the award-winning Trese comic book series, upon which the hit Netflix anime series is based, featuring an overarching storyline divided into four cases.
It includes updated/remastered artwork, as well as bonus material, including Alexandra's journal entries chronicling her creature encounters. Plus an afterword by writer Budjette Tan, detailing how the story evolved from a 20-page stand-alone case to its current form and the factors that influenced the story.
In Shops: Nov 02, 2022
SRP: $16.99
View All Items In This Series