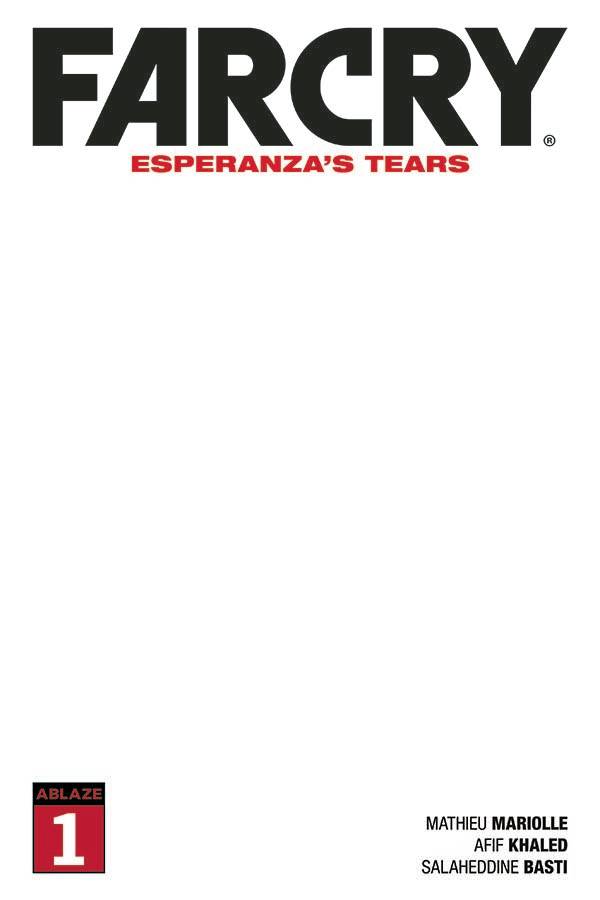 #
AUG221016
(W) Mathieu Mariolle (A) Afif Khaled, Salaheddine Basti (CA) Blank Cover
THE GLOBAL BESTSELLING VIDEOGAME COMES TO COMICS!
For Juan Cortez, guerrilla warfare is a profession. Death, a hobby.
There are many of them...humans plagued by addictions. Some only experience extreme sensations, others can't do without euphoric substances. Juan Cortez is a guerrilla warfare addict. For years, he's traveled from countries at war to conflict zones, putting his experience and training at the service of the highest bidder. This time, fate led him to Santa Costa, a South American country that curiously reminds him of Yara, his native land. Because here, as on the island of Ant n Castillo, the recent discovery of a rare resource, a mineral called "Tantalum," has upset the economy of a small nation previously ignored.
Three camps now face each other: the military junta recently established in power by Di Stefano, the bourgeois party led by the daughter of the assassinated former leader, and a revolutionary group, defender of labor and indigenous rights. It was the latter, guided by their leader Max Purillo, who called on Juan's talents. And for him, it's blessed bread. A nascent guerrilla, a troubled period politically, and above all: money. A lot of money. To save the country, he is asked to strike a blow by assassinating General Di Stefano. But of course, nothing will go as planned...
A prequel to the events of Far Cry 6, this amphetamine-boosted comic introduces Juan Cortez, one of the central characters in the newest installment of Ubisoft's bestselling video game series.
In Shops: Oct 12, 2022
SRP: $10.00
View All Items In This Series