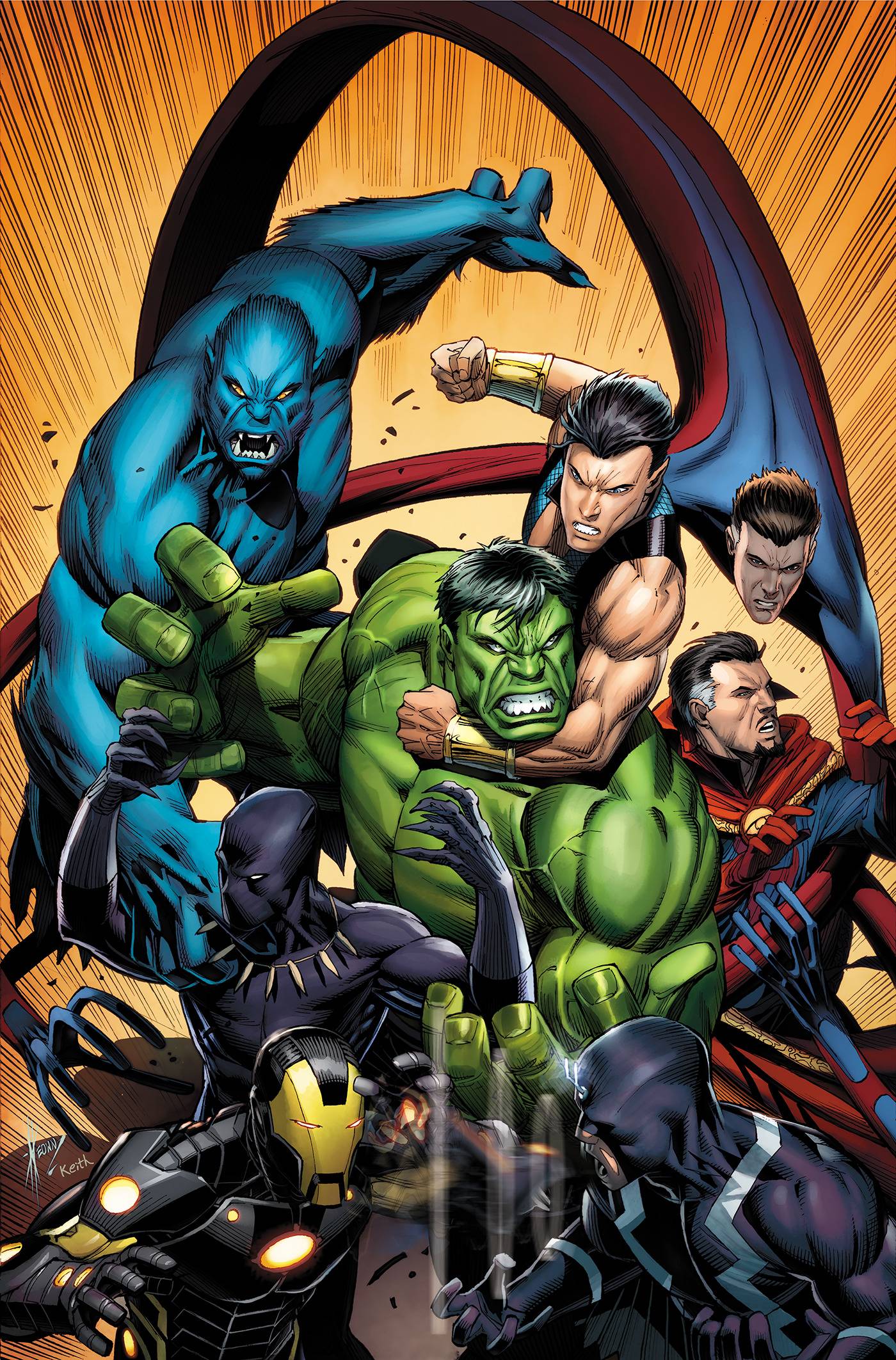 #
AUG220976
(W) Jonathan Hickman (A) Salvador Larroca, Various (CA) Dale Keown
Jonathan Hickman's epic Avengers run builds to the end of all things! A runaway planet is on a collision course with Earth. A.I.M. brings a corrupt version of the Avengers into the Marvel Universe. And the collision of the Avengers and the Illuminati is imminent! But as teammate faces teammate, the Time Gem takes the Avengers on a peril-filled journey into days to come - ultimately sending Captain America fifty thousand years into the future to witness a true Avengers world! Meanwhile, as the Incursion crisis worsens, the Illuminati struggle with the weight of the burden they have shouldered. Their desperate, world-shattering actions will leave the Avengers at each other's throats - and give rise to the Cabal! And as the realities of the Multiverse collide, time runs out for everyone! Collecting AVENGERS (2012) #24-44 and NEW AVENGERS (2013) #13-33.
Rated T+
In Shops: Feb 22, 2023
SRP: $125.00
View All Items In This Series
ORDER SUBSCRIBE WISH LIST