KILLER AFFAIRS OF THE STATE HC 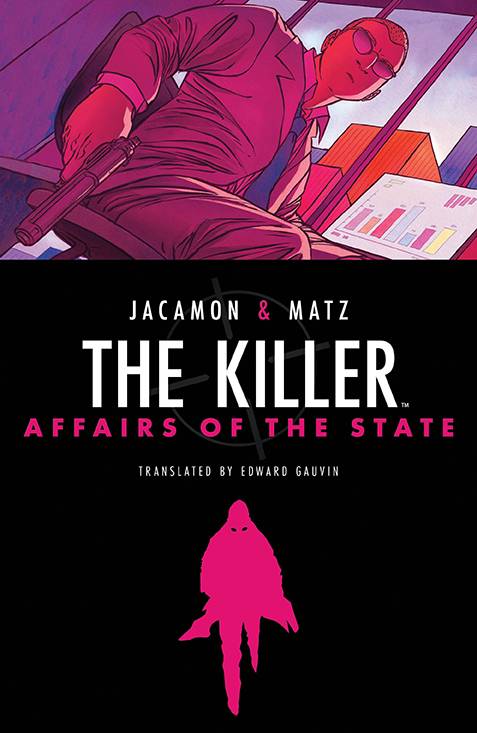 #
AUG220366
(W) Matz (A/CA) Luc Jacamon
Caught and put to work as an on-call assassin for the French government, the Killer has to adjust to working with a handler, Barbara; his new partner Nicolas, a former special forces operative; and life as a civilian.
A network of city-wide corruption awaits, getting Killer even more involved in the midst of an escalating crisis. But as feelings for a coworker arise in his day job, will he be dangerously distracted, torn between two identities?
The Eisner Award-nominated series starring everyone's favorite nameless assassin by artist Luc Jacamon and writer Matz (The Black Dahlia) makes its long awaited return!
Collects The Killer: Affairs of the State #1-6.
In Shops: Dec 14, 2022
SRP: $24.99
PREORDER WISH LIST