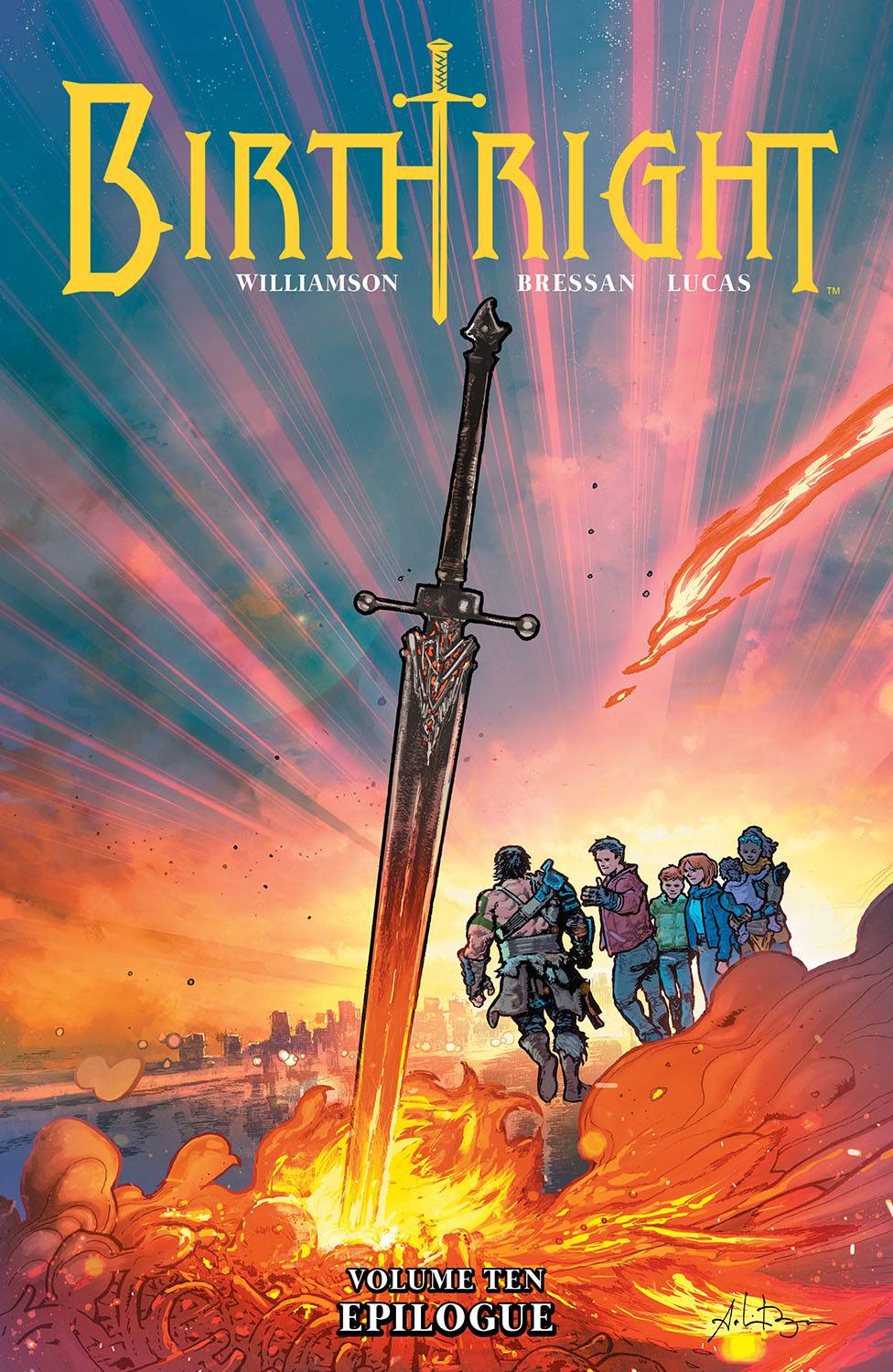 #
AUG220033
(W) Joshua Williamson (A/CA) Andrei Bressan, Adriano Lucas
When he was a child, Mikey Rhodes disappeared. Lost in the land of Terrenos, he grew into a warrior of legend and waged war against the God King Lore - a war that even ravaged Earth. Now, that war is over, and Mikey is victorious. But no victory is without sacrifice...

Since 2014, JOSHUA WILLIAMSON and ANDREI BRESSAN's fantasy epic BIRTHRIGHT has enthralled readers, and now it is time for the Rhodes family to embark on one last thrilling adventure in this final volume.