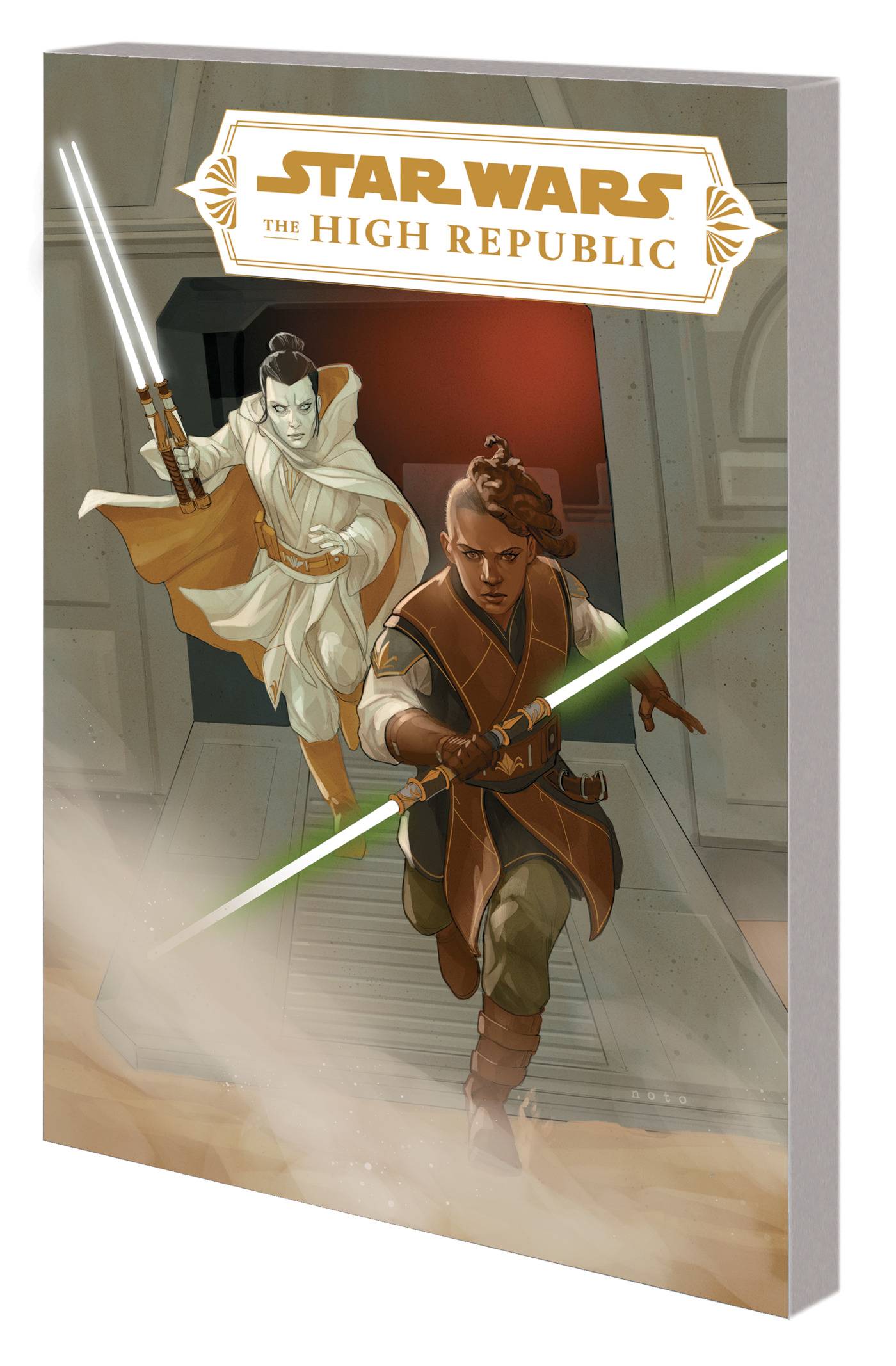 #
AUG211295
(W) Cavan Scott (A) Georges Jeanty, Ario Anindito (CA) Phil Noto
As the galaxy prepares to celebrate the Republic Fair on Valo, a fierce battle rages in the depths of Wild Space - and the Jedi of Starlight Beacon must join forces with their most feared enemy to face the terror of the unstoppable Drengir horde! And as Avar Kriss and her new allies fight nightmarish creatures on a harsh lava world, young Jedi Keeve Trennis puts everything on the line to save her former master from the darkness! Meanwhile, who - or what - is the Great Progenitor? And will the Jedi find other forces at work on the Drengir's deathworld? Plus: The villainous Nihil may be in retreat...but they cast a long
shadow! Guest-starring Cohmac Vitus, Reath Silas and Orla Jareni, Jedi Wayseeker, from the blockbuster novel Star Wars: The High Republic - Into the Dark! Collecting STAR WARS: THE HIGH REPUBLIC #6-10.