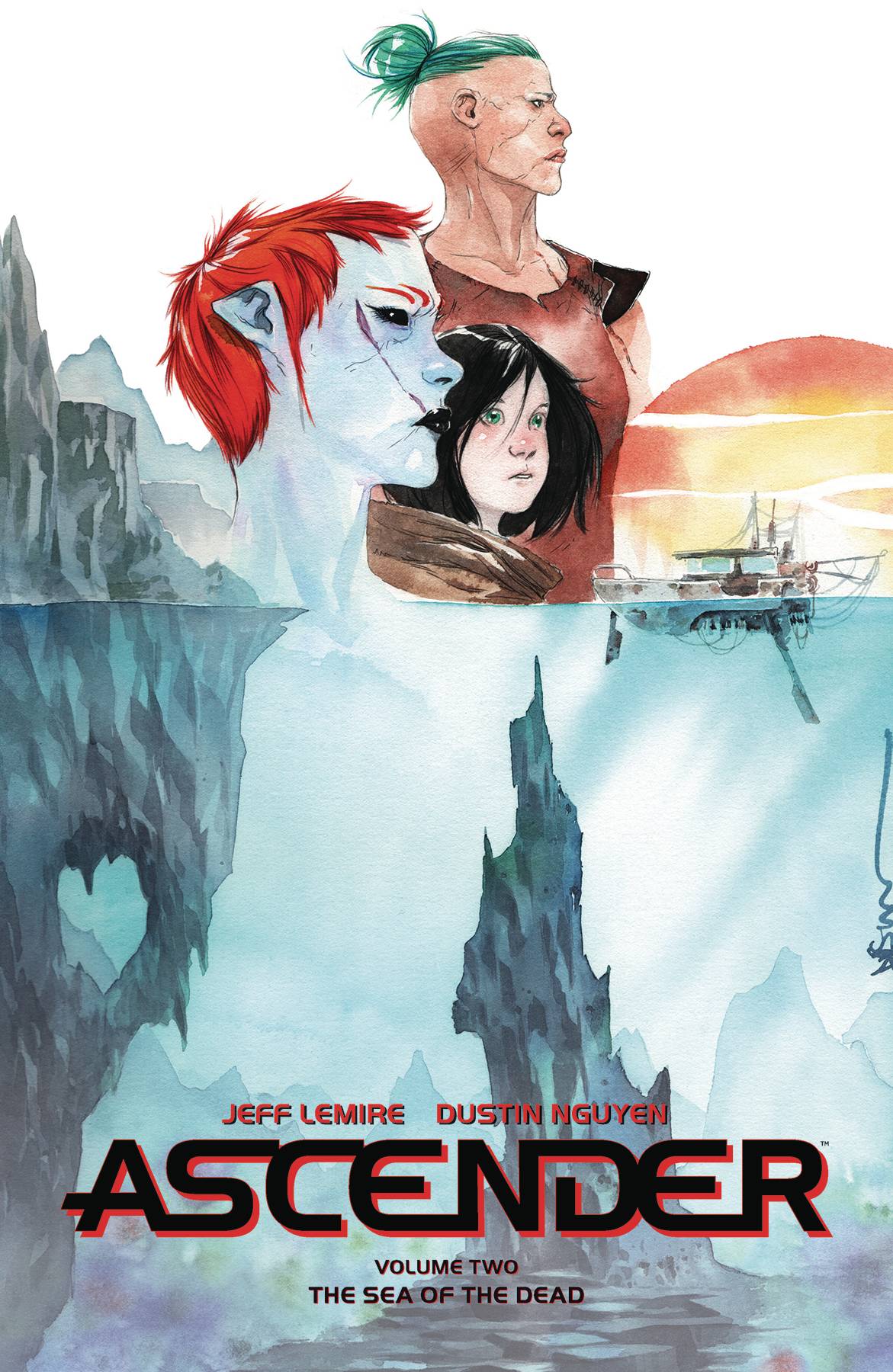 #
AUG210148
(W) Jeff Lemire (A/CA) Dustin Nguyen
The hit fantasy series from powerhouse creative team JEFF LEMIRE & DUSTIN NGUYEN continues!
After a bruising attempt to escape from the planet Sampson, Andy finds himself in the clutches of the Militia, which means the murderous Mother can't be far behind. Meanwhile, his daughter Mila has booked passage on a ship piloted by none other than the irascible Captain Telsa. And while Vampires may rule this strange galaxy, they're no match for Kanto, the Blood Scrapper-the most badass vampire hunter in the universe!
Collects ASCENDER #6-10.
In Shops: Sep 29, 2021
SRP: $16.99
View All Items In This Series
PREORDER SUBSCRIBE WISH LIST