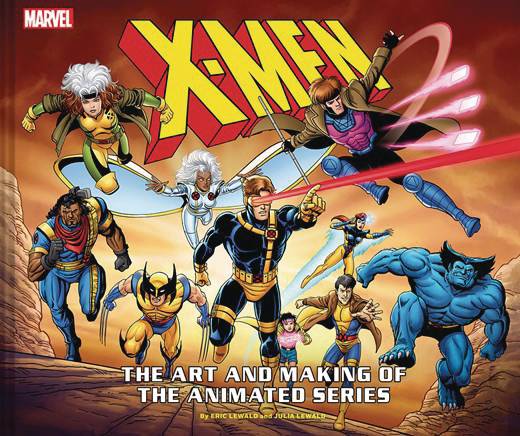 #
AUG201045
(W) Eric Lewald
This book will be an essential resource for X-Men and general animation fans alike. Candid interviews, detailed script break-downs, and rarely seen concept sketches, character designs, story boards, and animation cels take readers behind the scenes of one of the most celebrated, revolutionary animated series of all time. Never-before-seen production artwork will be showcased throughout, including early Jim Lee-inspired character sketches and designs by Will Meugniot and Larry Houston, as well as behind-the-scenes stories of Stan Lee, Avi Arad, Haim Saban, Len Wein, and many other prolific comic and industry figures, to give fans a new lens through which to view the series and the history of Fox Kids, Marvel Comics, Marvel Studios, and Saban Entertainment.
In Shops: Oct 14, 2020
SRP: $50.00
ORDER WISH LIST