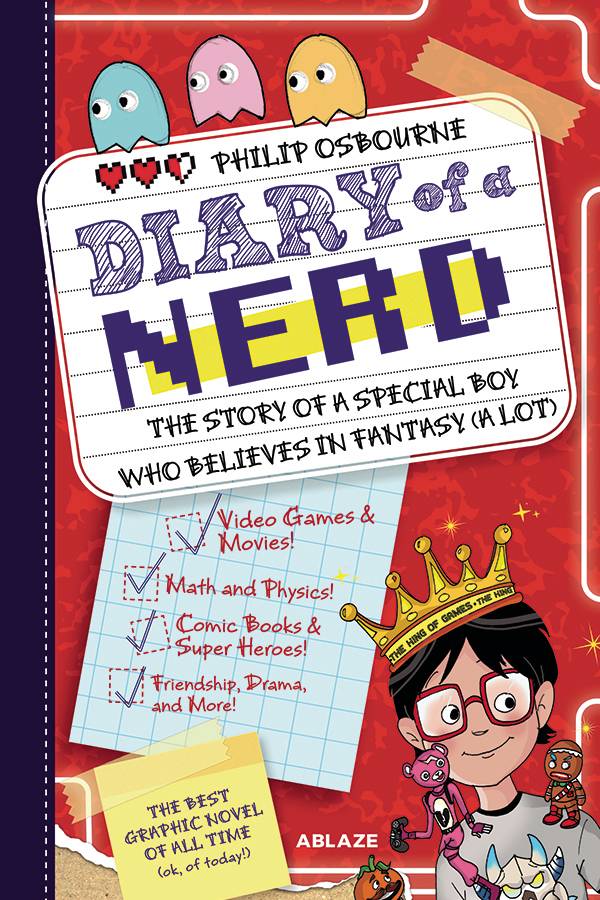 #
AUG201038
(W) Philip Osbourne (A) Roberta Procacci (CA) Studio Plume
Diary of a Nerd stars Phil, a twelve-year old boy living in Manhattan, NY. He is a talented, self-professed nerd...an intellectual who enjoys spending his days with his friends, known as "The Geek Team".

Phil likes a girl in his class named Loren, but he also knows that he could never compete with Ted, Loren's boyfriend. One night, while Phil is sleeping, Darth Vader appears to him like a vision in his dream, inviting him to use his strength to challenge the bullies and win the love of Loren.

DIARY OF A NERD consists of two different diaries written by the same kid: one is the diary of a young genius, and the other is a quest for love.  Phil eats, lives and breathes pop culture...his adventures are humorous and relatable...and have already gained him a cult following around the world!