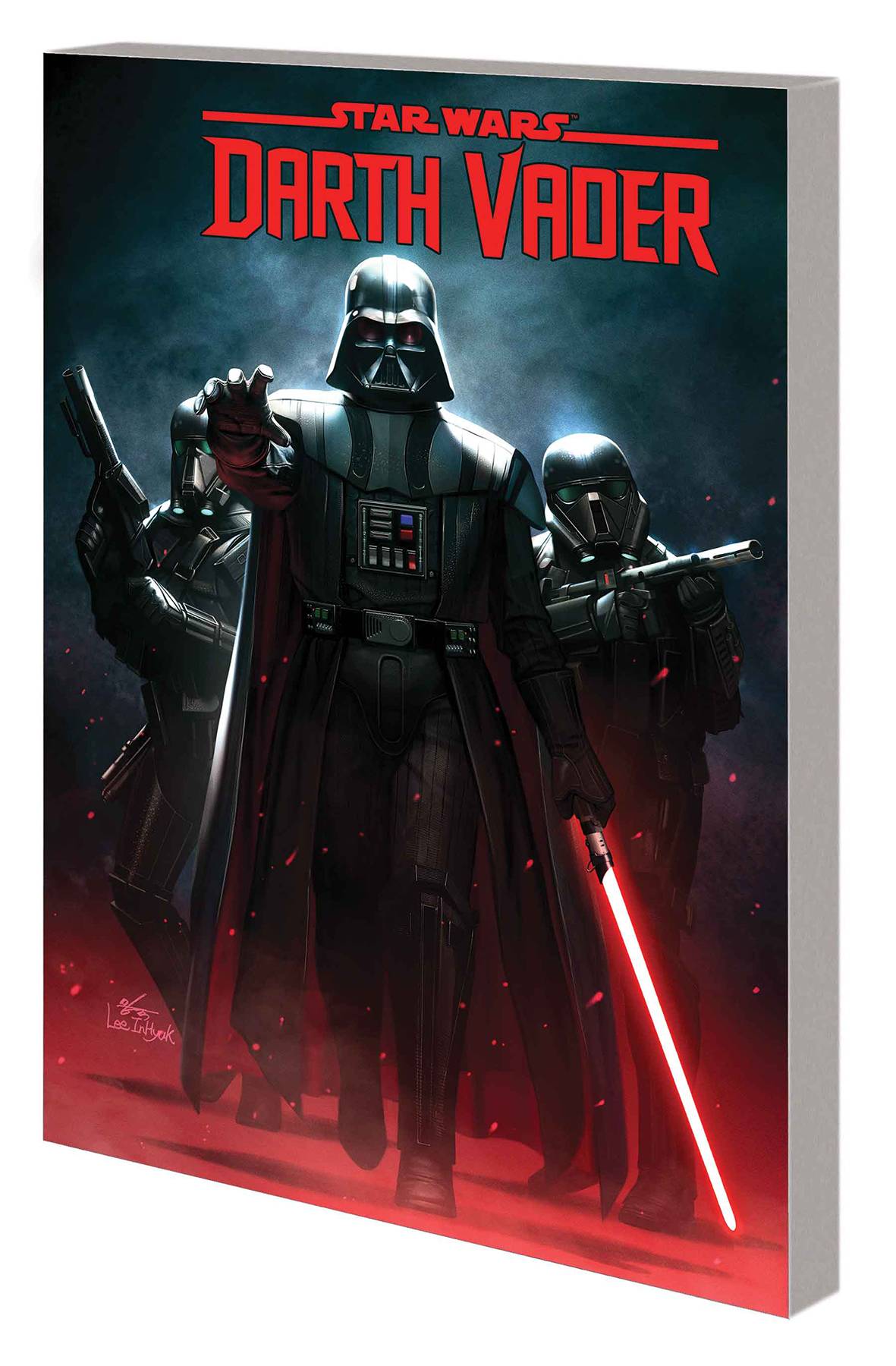 #
AUG200753
(W) Greg Pak (A) Raffaele Ienco (CA) In-Hyuk Lee
A new chapter in the Sith Lord's saga begins here! "Join me, and together we can rule the galaxy as father and son!" In the shattering climax of The Empire Strikes Back, Darth Vader revealed his true relationship to Luke Skywalker and invited his son to stand at his side. But a horrified Luke chose to plunge into the abyss beneath Cloud City rather than turn to the Dark Side. Now Vader embarks on a bloody mission of rage-filled revenge against everything and everyone who helped to hide and corrupt his only son. But Vader must overcome shocking new challenges from his own dark past, including a hauntingly familiar face that will challenge everything he knows! Collecting STAR WARS: DARTH VADER #1-5.
Rated T
In Shops: Nov 25, 2020
SRP: $15.99
View All Items In This Series
ORDER SUBSCRIBE WISH LIST