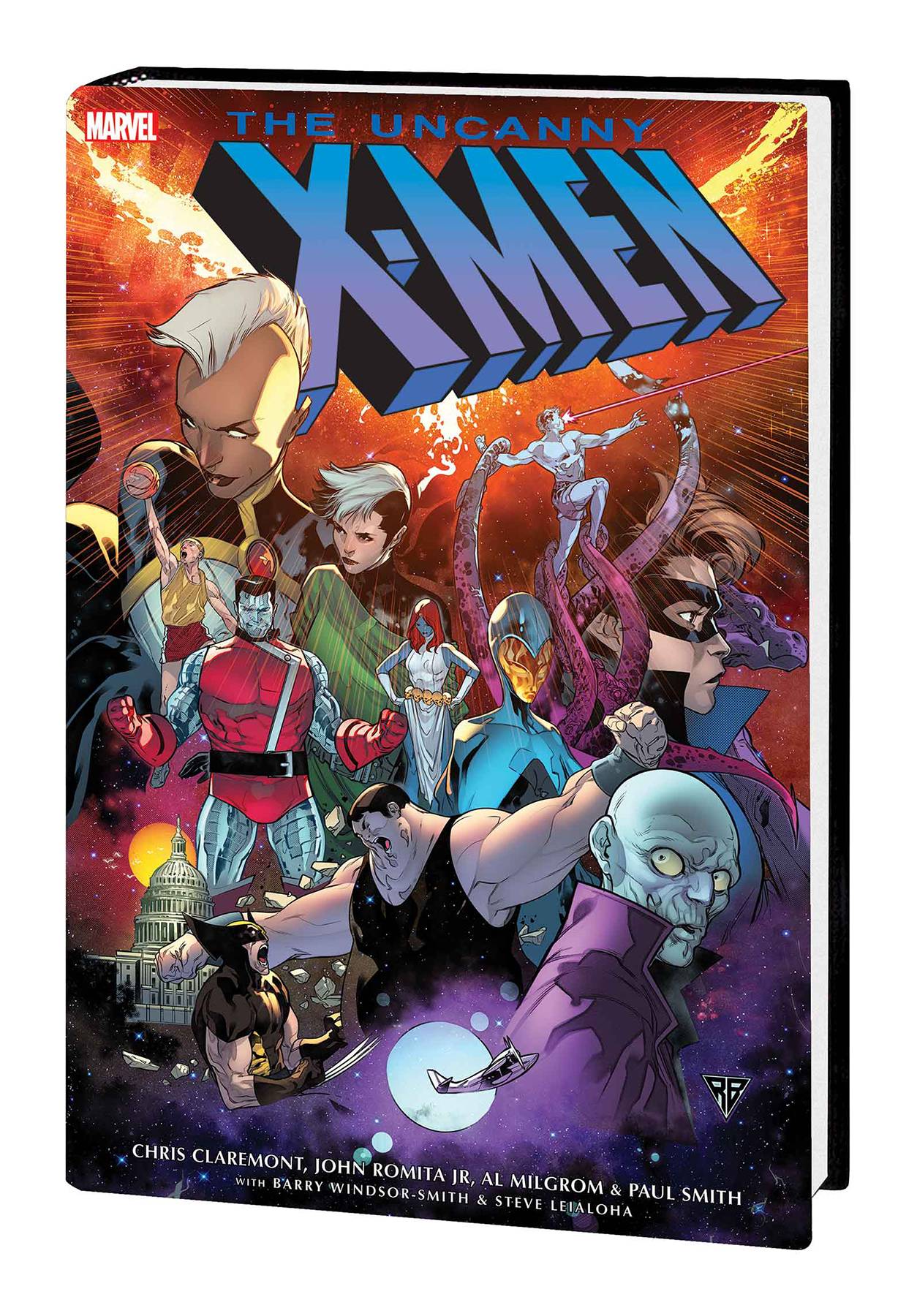 #
AUG200731
(W) Chris Claremont, Barry Windsor-Smith (A) John Romita, More (CA) R. B. Silva
Chris Claremont teams with a new series artist, Marvel legend John Romita Jr., in this massive Omnibus collection of the X-Men's uncanniest adventures! Milestones abound - including a descent into the Morlocks' mutant underground; a bruising battle between Colossus and Juggernaut; and the introduction of Rachel Summers, Cyclops' future daughter from "Days of Future Past"! Rogue emerges as a featured player, while Storm suffers a devastating loss! And it's all set against a rising tide of anti-mutant hysteria that threatens to strip every mutant in the United States of their rights. Plus: A Kitty Pryde and Wolverine solo adventure, a team-up with Alpha Flight, and timeless work by Paul Smith and Barry Windsor-Smith! Collecting UNCANNY X-MEN (1981) #176-193, X-MEN ANNUAL (1970) #8, KITTY PRYDE AND WOLVERINE #1-6, X-MEN AND ALPHA FLIGHT (1985) #1-2 and material from MARVEL FANFARE (1982) #40.
Rated T
In Shops: Feb 17, 2021
SRP: $125.00
View All Items In This Series