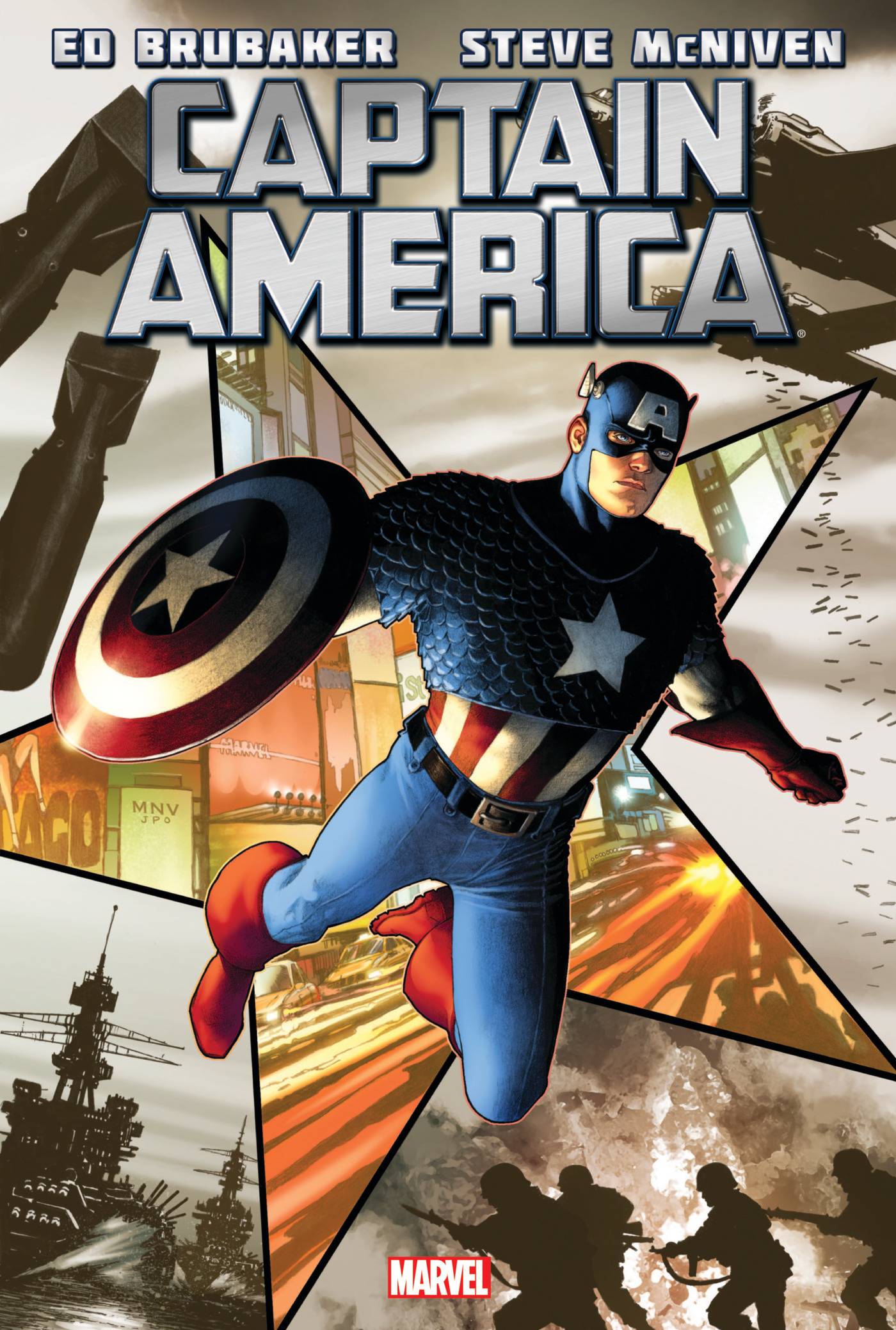 #
AUG200729
(W) Ed Brubaker (A) More (A/CA) Steve Epting
Ed Brubaker's legendary take on the life and death of Captain America begins here - including the pursuit of the mysterious Winter Soldier, the fight against a deadly new incarnation of the Red Skull and a slow-burning conspiracy that seeks to shatter Cap's world. Full of political intrigue and suspense, fast action, high adventure, and explosive art by Steve Epting, Michael Lark, Mike Perkins and more, Captain America has never been more noble, more decisive and more ready to give his all for freedom than in Brubaker's definitive run of stories. Collecting CAPTAIN AMERICA #1-25, CAPTAIN AMERICA 65TH ANNIVERSARY SPECIAL and WINTER SOLDIER: WINTER KILLS.
Rated T+
In Shops: Jan 27, 2021
SRP: $100.00
View All Items In This Series
ORDER SUBSCRIBE WISH LIST