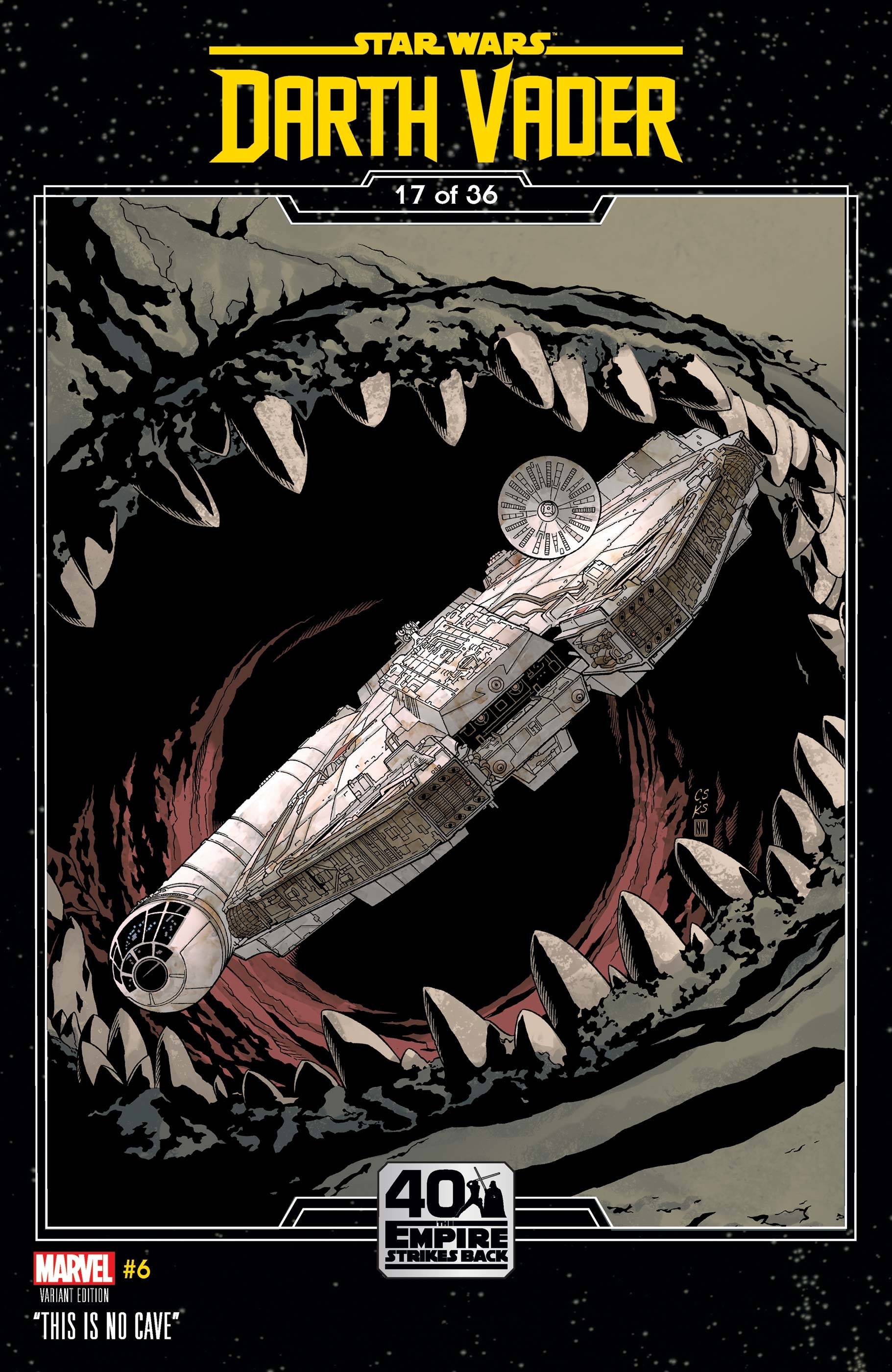 #
AUG200721
(W) Greg Pak (A) Raffaele Ienco (CA) Chris Sprouse
THE PUNISHMENT!
•  DARTH VADER failed to turn his son, Luke Skywalker, to the dark side of the Force.
•  No...Luke was too weak to join his father in overthrowing EMPEROR PALPATINE.
•  Vader sought revenge against those who hid Luke from him for all of these years...
and in doing so nearly betrayed his master.
•  It did not go unnoticed by Palpatine... time for Vader's next lesson.
Rated T
In Shops: Oct 14, 2020
SRP: $3.99
View All Items In This Series