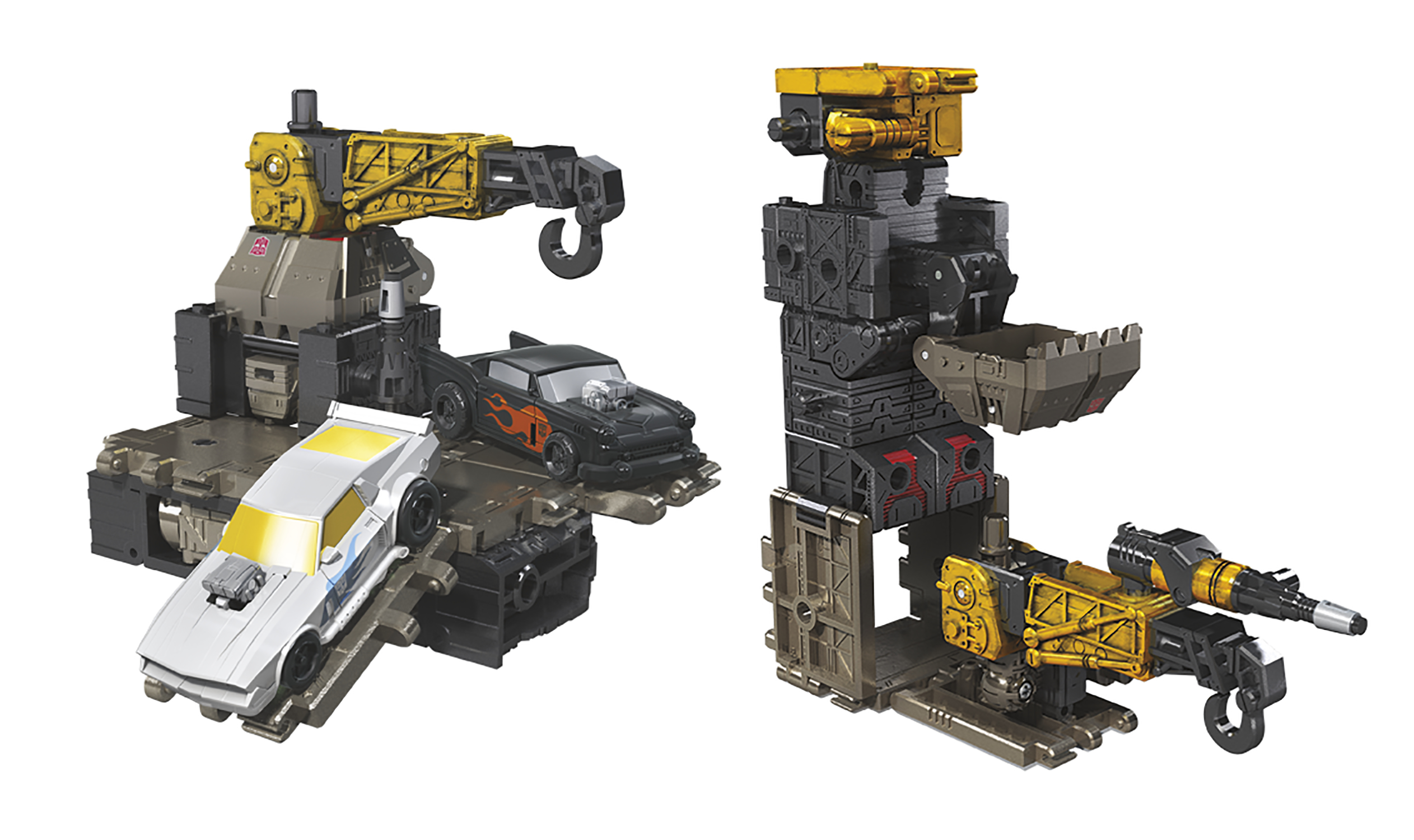 AUG198873
From Hasbro Toy Group. Build the Battlefield Beyond, The siege is over, but the War for Cybertron has just begun. Ironworks converts into a Modular Battle Station mode! Modulator figure disassembles in 10 steps and reassembles into Modular Battle Station mode in another 10 steps. Ironworks figure's disassembled parts can be used to armor up and modify other figures! Every pack includes a piece of the Transformers Universe map and a red decoder to unlock the map's hidden paths! Collect other Earthrise figures to piece together the full map!