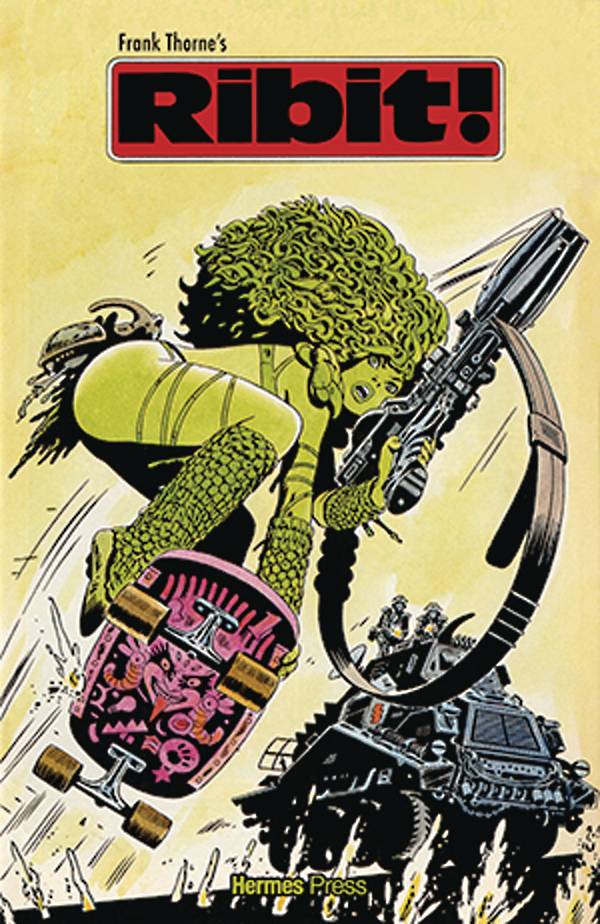 #
AUG192000
(W) Frank Thorne (A) Frank Thorne
Franks Thorne's masterful blend of medieval sorcery and modern science comes together in another universe where only Ribit, the warrior woman created by magic, fights the final battle to save her world from the forces of chaos and darkness. Created as an extended narrative in four comic books released by Comico in 1989, the entire narrative has never been printed as Throne intended, as one complete story, until now! Limited to a print run of 1,000 hardcovers, this graphic novel boasts the complete story, in glorious color, as well as an interview with Frank Thorne, original art, and documentary materials.