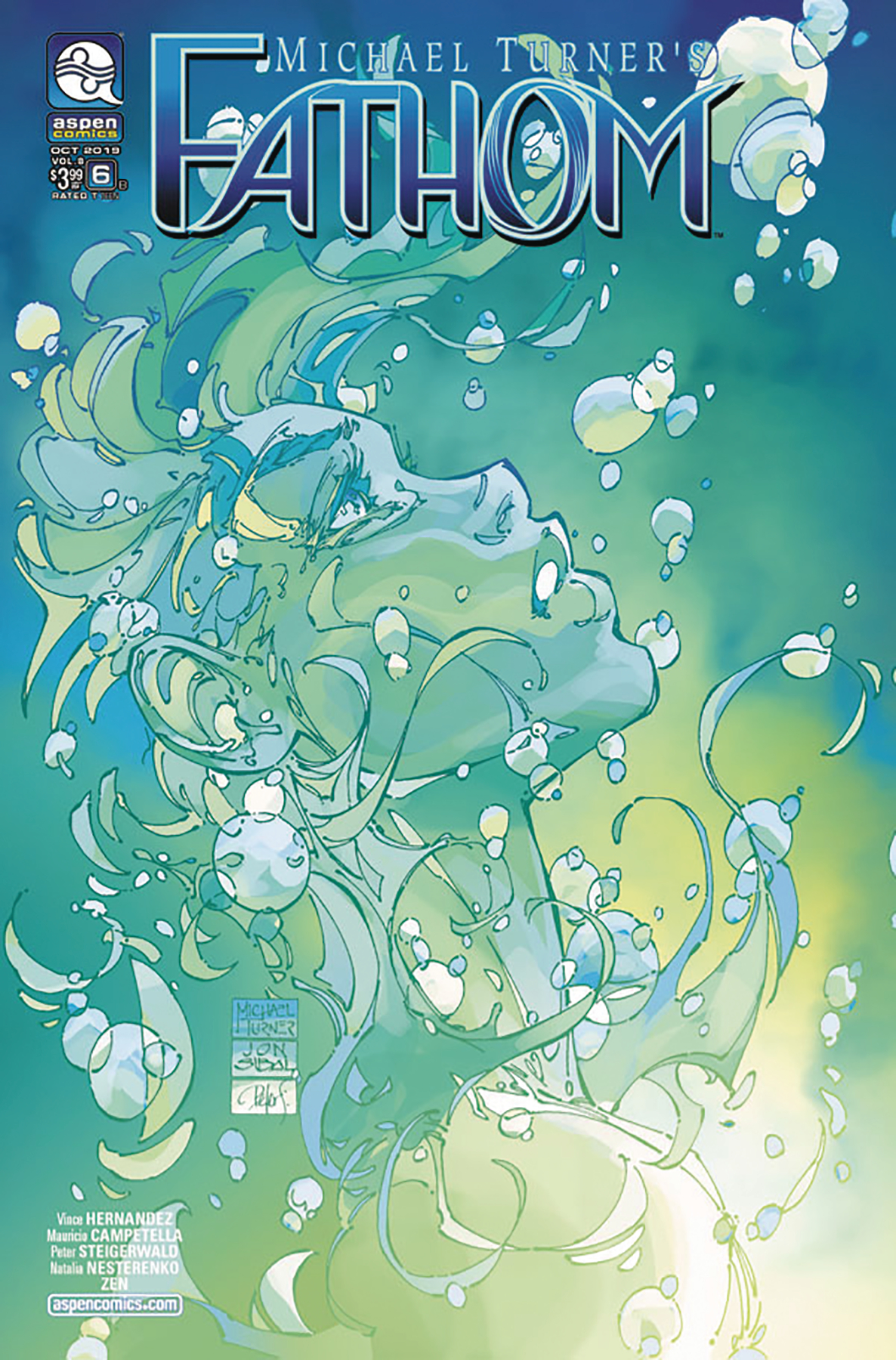 AUG191653
(W) Vince Hernandez (A) Mauricio Camptella (CA) Michael Turner, Jonathan Sibal
The world below is no longer a secret and everything has led to this...

Aspen and Kiani take on Killian and Anika in a war of Elite powers, and the fate of both The Blue and Humanity rests in the balance! The volume 8 finale is here, and Fathom's preeminent heroes must contemplate actions that will forever change their lives-if anyone survives at all!

Aspen's Vince Hernandez (Michael Turner's Fathom: Kiani, Charismagic) marks his debut on Fathom's principal series alongside artist Mauricio Campetella (Jirni) and colorists Peter Steigerwald (Fathom, Superman/Batman) in a storyline that will define the Fathom universe for years to come!
In Shops: Oct 16, 2019
SRP: $3.99
View All Items In This Series