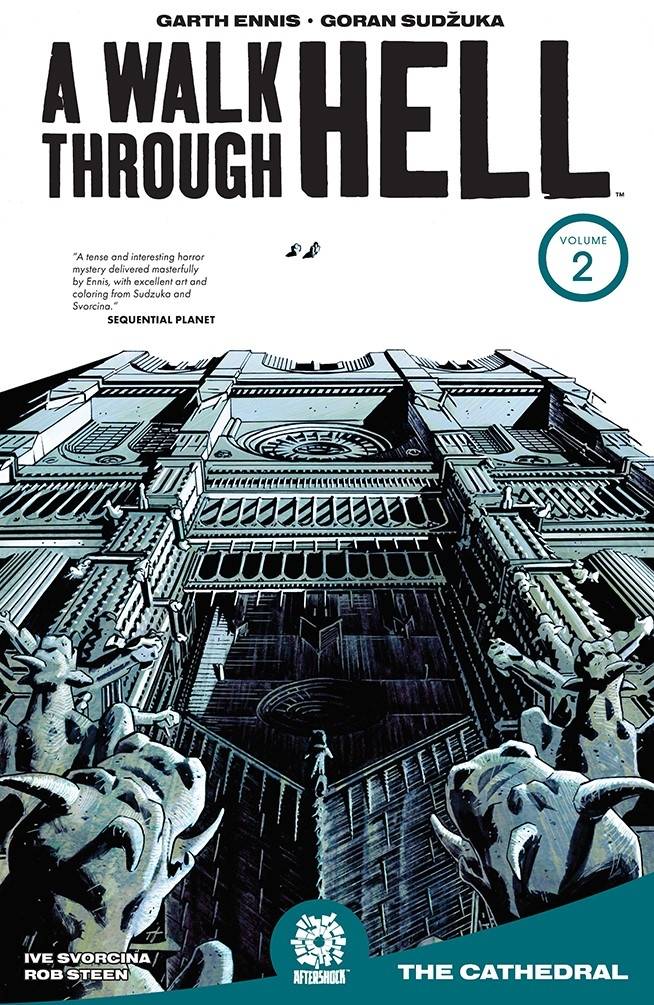 #
AUG191507
(W) Garth Ennis (A/CA) Goran Sudzuka
FBI Special Agents Shaw and McGregor find their reality twisting once more, plunging them into an entirely new dimension of terror. Their guide is Paul Carnahan, the child-killer whose crimes they sought to punish, a man known to be dead and buried. As this all-too-human monster tells his story, the pair begin to understand the web of guilt and evil that has them in its grip - a truth that will demand a dreadful price from both.
Stricken with her own memories of wrongdoing, Deputy-director Driscoll struggles to reach the agents under her command, only to realize that her crimes may already have sealed their fate. Carnahan holds the key - but what now looks out from behind his eyes is a great deal more than just a murderer. Old sins and ancient lies combine to herald a terrifying new dawn for all man-kind, in the second and final volume of A Walk Through Hell.
Written by Garth Ennis (Preacher, The Boys, JIMMY'S BASTARDS) and drawn by Goran Sudzuka (Y: The Last Man, Hellblazer) Volume two collects the last arc of this modern horror epic, issues #6-12.
In Shops: Oct 09, 2019
SRP: $19.99
View All Items In This Series