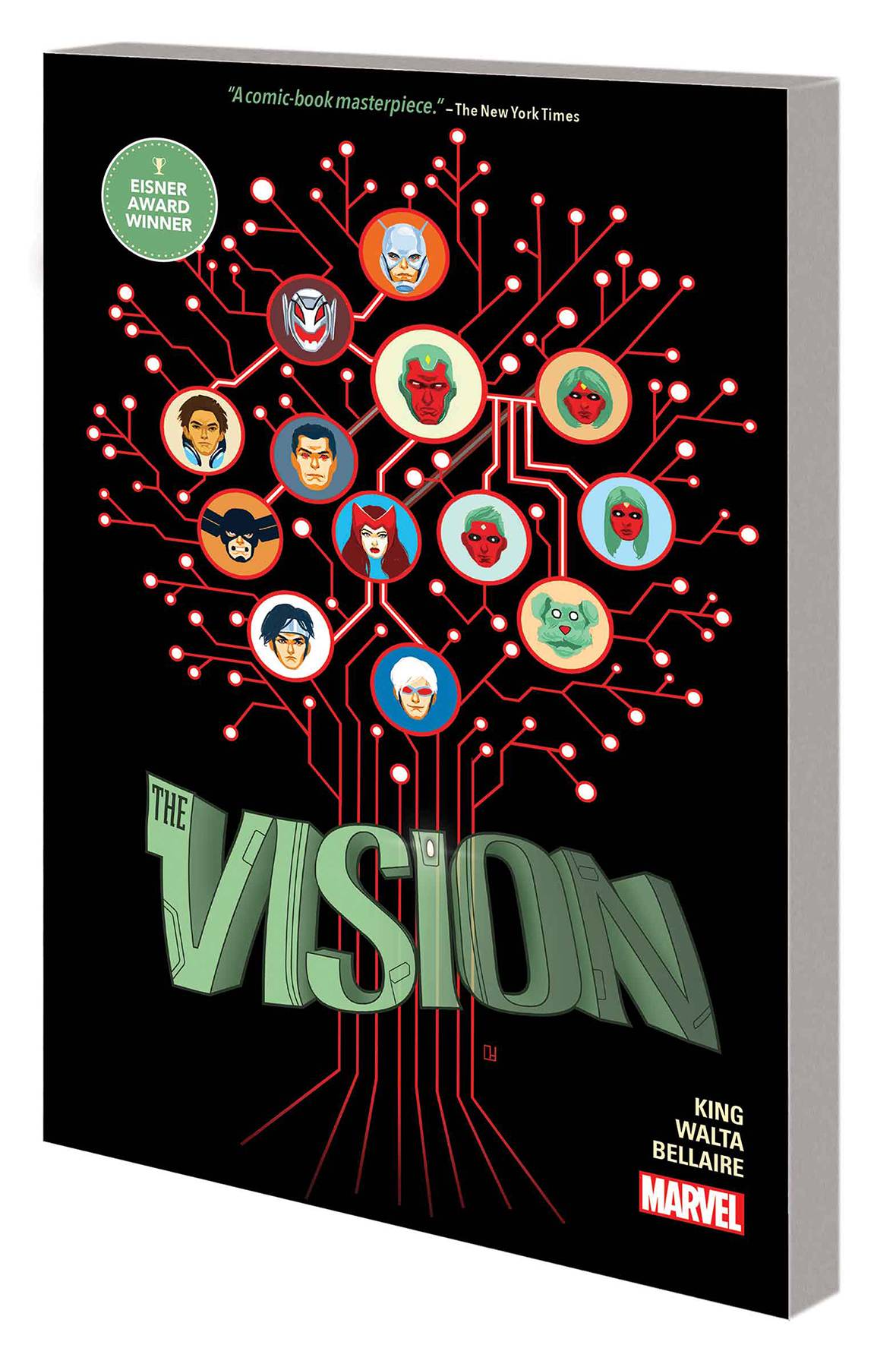 #
AUG191168
(W) Tom King (A) Gabriel Hernandez Walta, Michael Walsh
A super hero story like no other. He was created to kill the Avengers - but he turned against his "father." He found a home among Earth's Mightiest Heroes and love in the arms of the Scarlet Witch - but it didn't end well. Now, the Vision just wants an ordinary life - with a wife and two children, a home in the suburbs, perhaps even a dog. So he built them. But it won't end any better. Everything is nice and normal - until the deaths begin. Tom King and Gabriel Hernandez Walta confound expectations in their heartbreaking, gut-wrenching, breathtaking magnum opus - collected in all its Eisner Award-winning glory. Collecting VISION (2015) #1-12.
Rated T+
In Shops: Nov 13, 2019
SRP: $29.99
ORDER WISH LIST