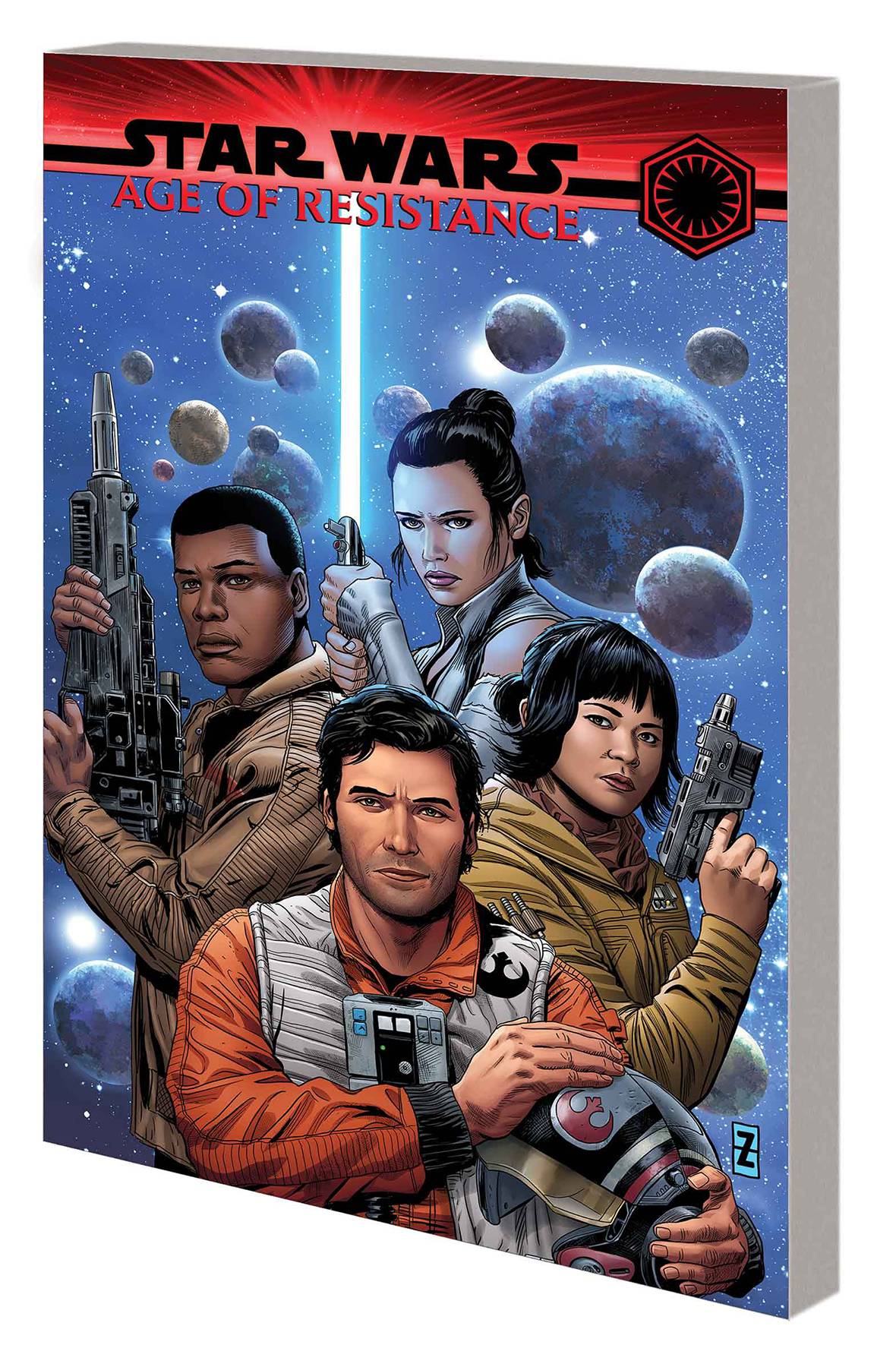 #
AUG191159
(W) Tom Taylor, G. Willow Wilson, Chris Eliopoulos (A) Ramon Rosanas, Elsa Charretier, More (CA) Patrick Zircher
This is the Age of  Star Wars - an epic series of adventures that unites your favorite characters from all three trilogies! These are the greatest heroes of the Resistance! Finn starts to question everything when he's put on infestation control on Starkiller Base! Poe Dameron fancies himself the best pilot there is, but he may just meet his better! Mechanical issues force Rey, Chewbacca and R2-D2 to land on a dangerous and terrible junkyard planet! And sisters Rose and Paige Tico were everything to each other - until the First Order tore their world apart! Plus: Learn the origins of Vice Admiral Amilyn Holdo! The infamous "pirate queen" Maz Kanata hires Han Solo and Chewbacca! And astromech droid BB-8 just can't seem to stay out of trouble! Collecting STAR WARS: AGE OF RESISTANCE - FINN, POE DAMERON, REY, ROSE TICO and SPECIAL.
Rated T
In Shops: Nov 13, 2019
SRP: $17.99