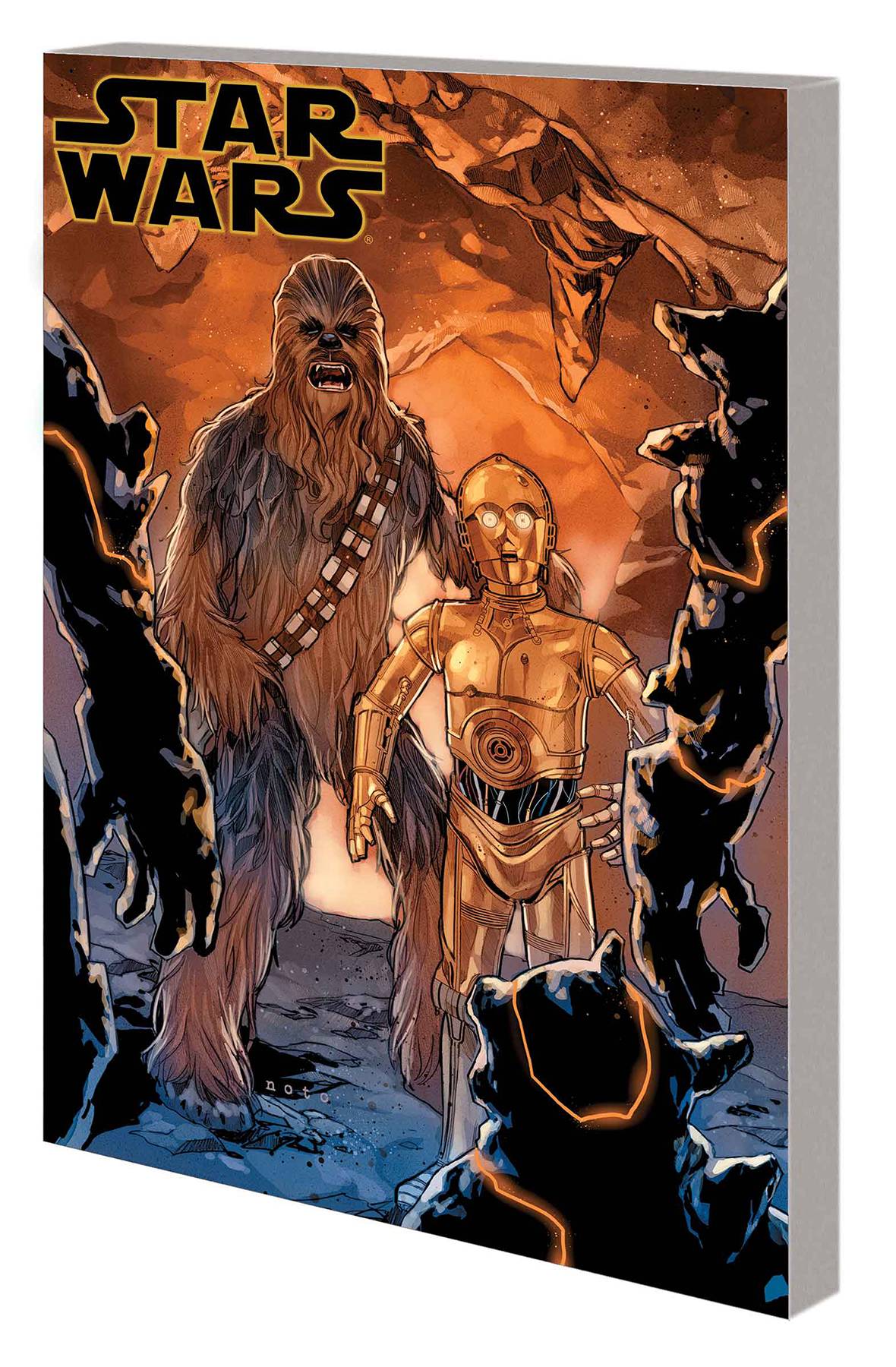 #
AUG191158
(W) Greg Pak (A/CA) Phil Noto
Darth Vader is on the hunt for Luke Skywalker! With thousands of remote probes searching for the new Rebel Alliance base, Luke and his friends must launch a desperate, multipronged mission of deception! Chewbacca and C-3PO lure a probe to a planet with an unstable core but discover a secret civilization! With Star Destroyers approaching, can they protect these newfound lifeforms? Luke undertakes a mission to lead a probe away from a Rebel refueling station but runs into a potential ally...who knows the ways of the Force?! Then, Han Solo and Princess Leia plan to trick the Empire into eliminating an enemy of the Rebellion, but things get complicated when they run into Leia's ex! Collecting STAR WARS (2015) #68-72.
Rated T
In Shops: Nov 20, 2019
SRP: $15.99
View All Items In This Series