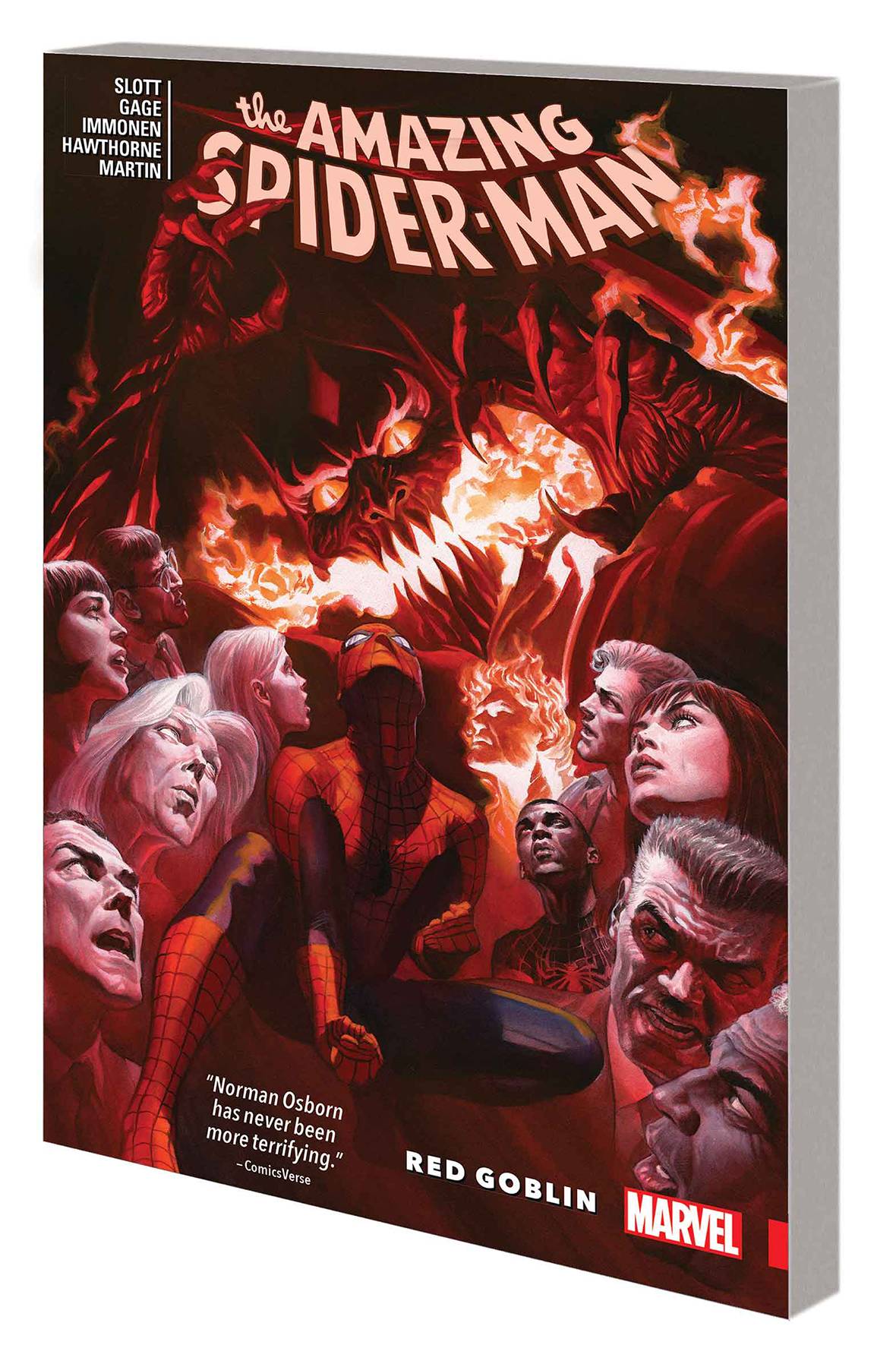 #
AUG191157
(W) Dan Slott, Christos N. Gage (A) Stuart Immonen, Mike Hawthorne, More (CA) Alex Ross
Norman Osborn is back - and deadlier than ever! Dan Slott brings his spectacular decade-long run as AMAZING SPIDER-MAN writer to a blockbuster finish by combining two of the wall-crawler's greatest foes into one nigh-unstoppable killing machine! Osborn has been scouring the globe for a source of power with which he can exact his final revenge on Peter Parker - and he's about to find it! But when Osborn bonds with the Carnage symbiote, he'll no longer be the Green Goblin - he'll be something new. With all the strengths of both villains but none of the weaknesses, he takes to the skies as the Red Goblin! And now none of Peter's friends or family are safe. Spidey is in for the fight of his life as Slott signs off in exhilarating, emotional style! Collecting AMAZING SPIDER-MAN (2015) #794-801.
Rated T+
In Shops: Oct 30, 2019
SRP: $24.99 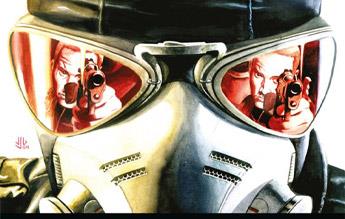