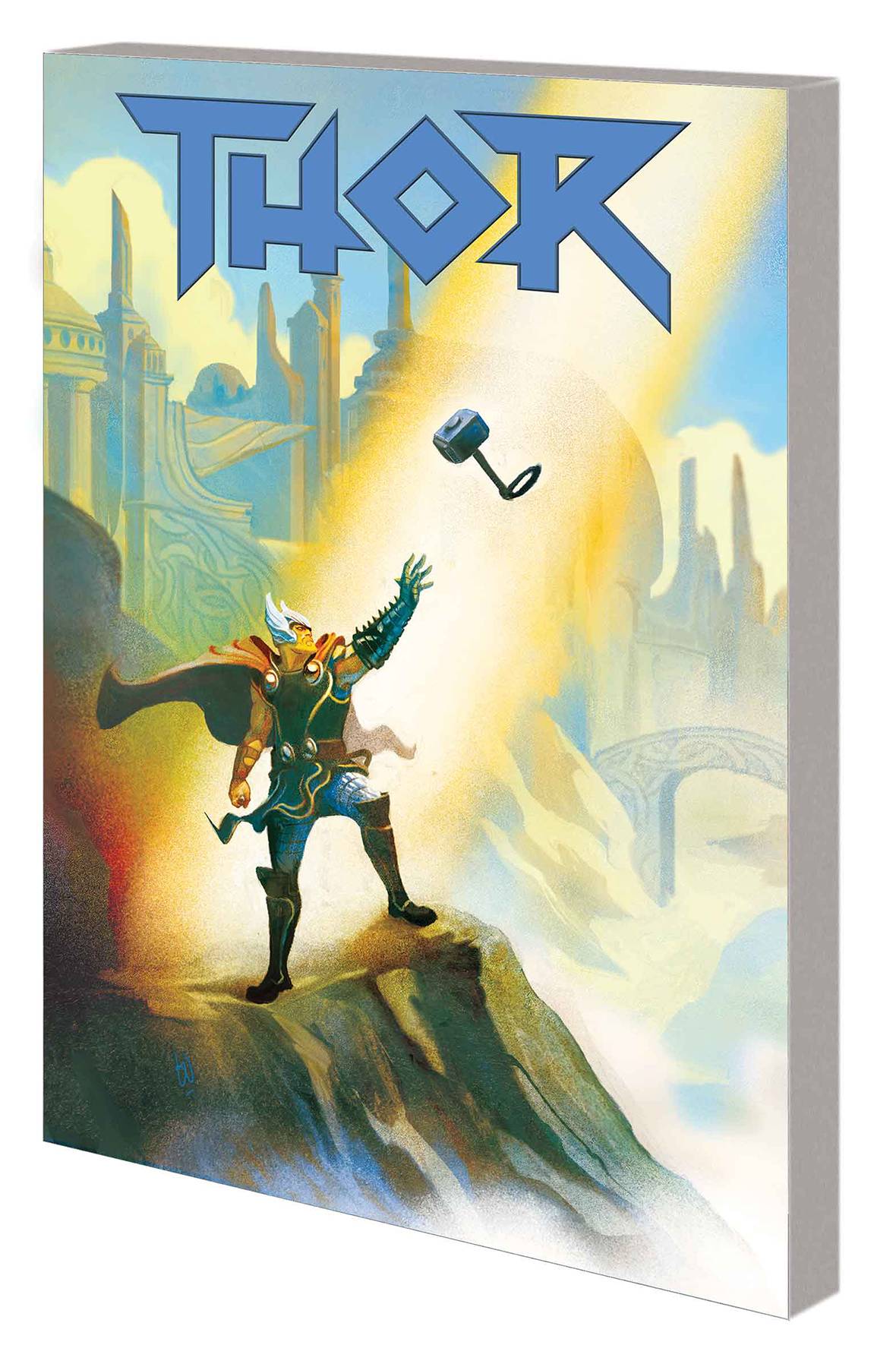 #
AUG191152
(W) Jason Aaron (A) Scott Hepburn (A/CA) Mike Del Mundo
Tales of the War of the Realms! Adopted by Odin as an infant, Loki never had a chance to bond with his birth people - the fearsome Frost Giants. Now, as the Frost Giants invade New York, Loki spends some quality time with his dear old dad, Laufey! But not the way you'd think... Meanwhile, Odin sent his brother Cul, God of Fear, into the depths of Svartalfheim on a vital mission. Will Cul redeem himself at last? And as a young god, Thor pined for a hammer beyond legend. Now his destiny arrives at last - for the War of the Realms will reach even here, centuries in the past! Plus: When the war ends, what is left for Thor? The status quo is shattered in the beginning of the end of Jason Aaron's legendary run! Collecting THOR (2018) #12-16.
Rated T+
In Shops: Oct 30, 2019
SRP: $15.99
View All Items In This Series