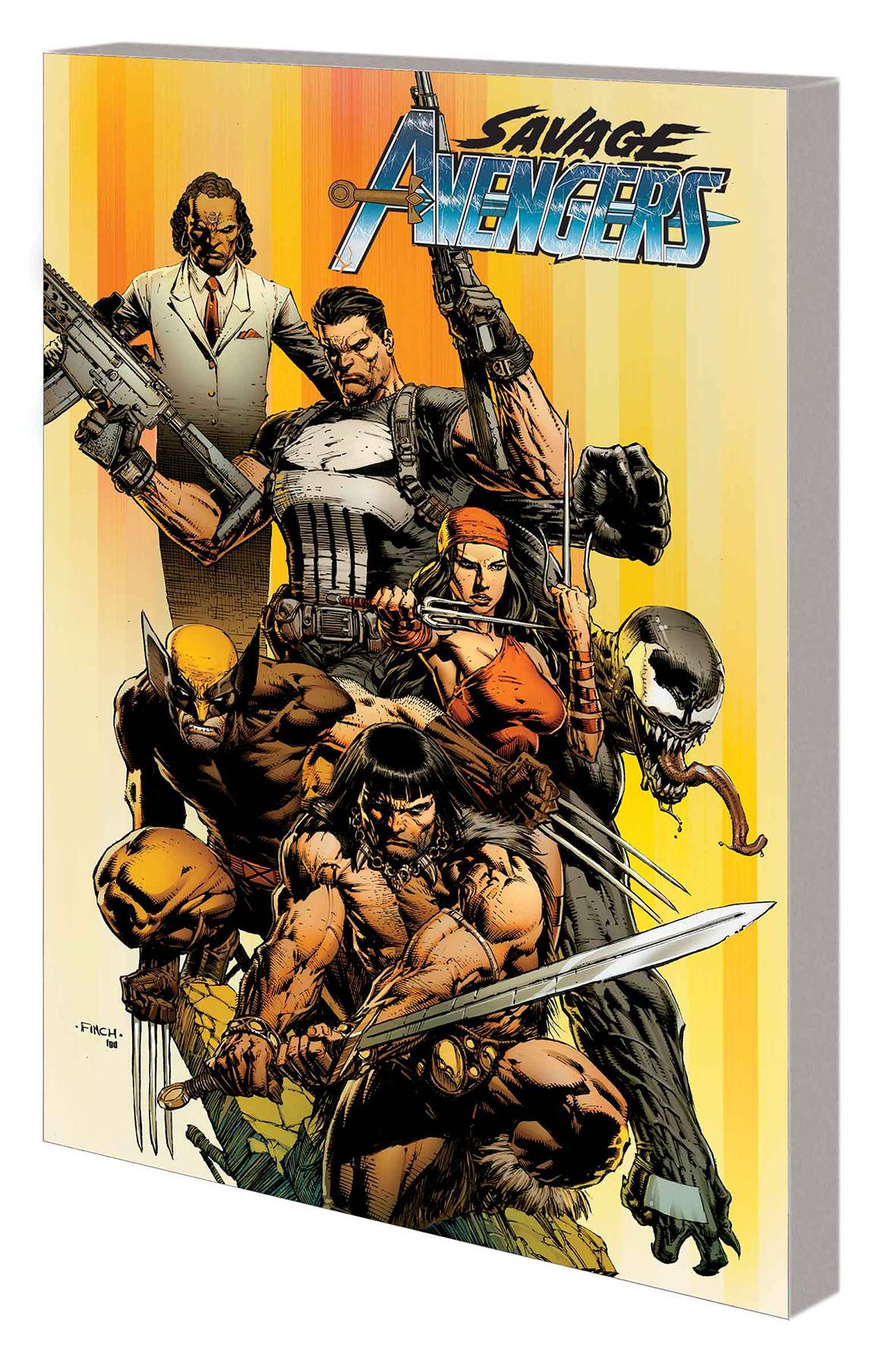 #
AUG191148
(W) Gerry Duggan (A) Mike Deodato (CA) David Finch
The most vicious team of antiheros in the Marvel Universe assembles! Wolverine! Venom! Elektra! Punisher! Doctor Voodoo! And in their midst - Conan the Barbarian! That's right, the Cimmerian has arrived in the Marvel Universe - and his new adventures begin here! The deadly ninja army known as the Hand has teamed up with the evil wizards of the Hyborian Age to summon a death god from a celestial hell. The only thing standing between Earth and destruction is the Savage Avengers! Conan discovers a dark secret squirming in a genie bottle. Logan donates blood, changing one Avenger forever. Elektra tries to corral them all into an effective fighting force. And the Punisher desperately searches for his disinterred family! Plus: Conan hefts a deadly new savage sword! The Savage Avengers are fighting to save you! Collecting SAVAGE AVENGERS #1-5, material from FREE COMIC BOOK DAY 2019 (AVENGERS/SAVAGE AVENGERS) #1.
Parental Advisory
In Shops: Nov 13, 2019
SRP: $15.99
View All Items In This Series
ORDER SUBSCRIBE WISH LIST