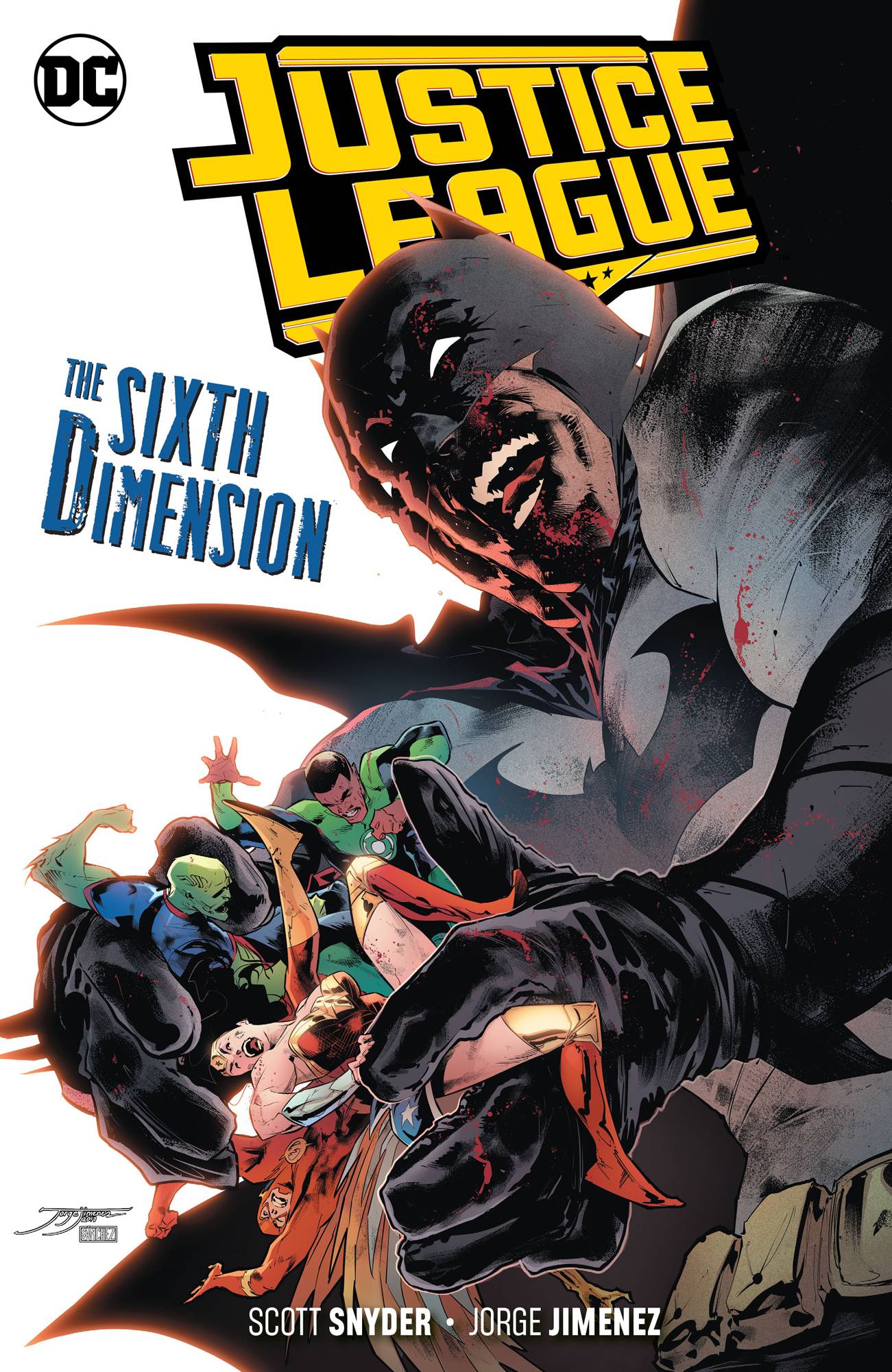 #
AUG190669
(W) Robin Snyder, Jorge Jimenez, James TynionIV (A) Francis Manapul, Javi Fernandez, Daniel Sampere, Bruno Redondo, Juan Albarran (A/CA) Jorge Jimenez
The Justice League has the map to the Sixth Dimension in hand-and with it, they have the key to saving the Multiverse from utter destruction! Meanwhile, Superman is trapped on a world with no light and hundreds of dead Supermen! The Multiverse is teetering on the brink, and Lex Luthor's Legion of Doom is poised for victory. The final form of Perpetua takes shape, and the DCU will never be the same again! Collects issues #19-28.
In Shops: Nov 13, 2019
SRP: $24.99
View All Items In This Series