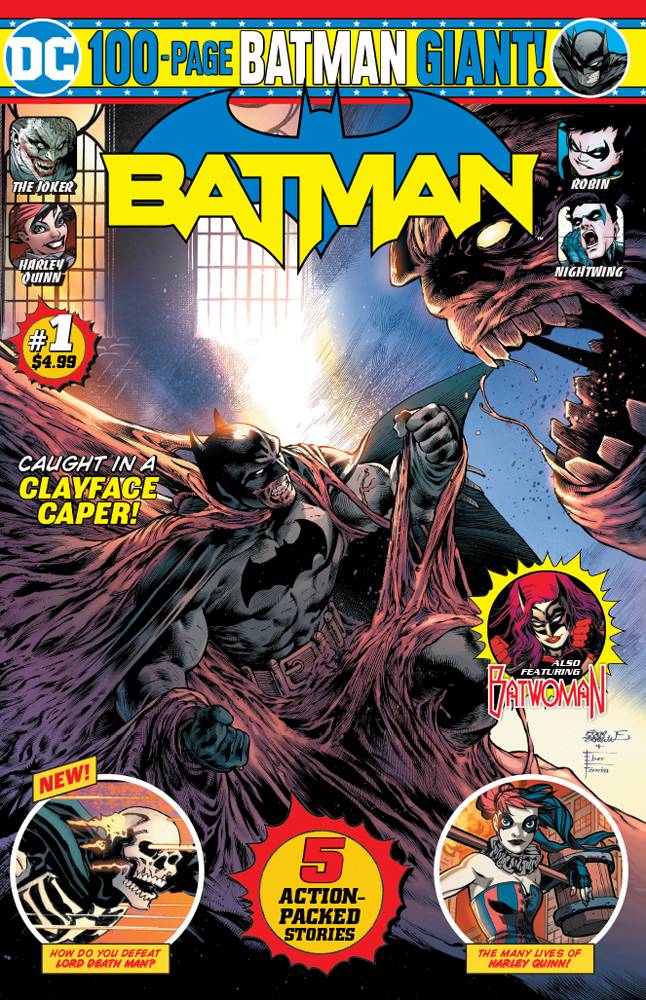 #
AUG190465
(W) Steve Orlando, Scott Snyder, Matt Kindt, Tim Seeley (A) Ryan Benjamin, Richard Friend, Tom Mandrake, Greg Capullo, Jonathan Glapion, Neil Googe, Javi Fernandez (CA) Eddy Barrows, Eber Ferreira
96 pages o $4.99 US
New cover by Eddy Barrows and Eber Ferreira
This issue includes two new stories:
o "Bad Actors," a 16-page story written by Michael Gray with art by Ryan Benjamin
It's a mad dash as Batman races to stop a murderous plan-but when the villain is revealed to be in two places at once, and the victim turns out to be not so innocent, Batman must make the ultimate choice in a fight against Clayface!
o "Unstoppable," an eight-page story written by Steve Orlando with art by Tom Mandrake
When Lord Death Man's prison satellite crashes to Earth in front of Wayne Tower, only Batwoman will be defeat the man who defeated death. But how can she overcome immortality when she's already used every weapon in her arsenal?
Plus, these reprint tales:
o "The Court of Owls: Knife Trick," from Batman #1
o "Harley Lives," from Detective Comics #23.2
o "Better than Batman Part one,' from Nightwing #1