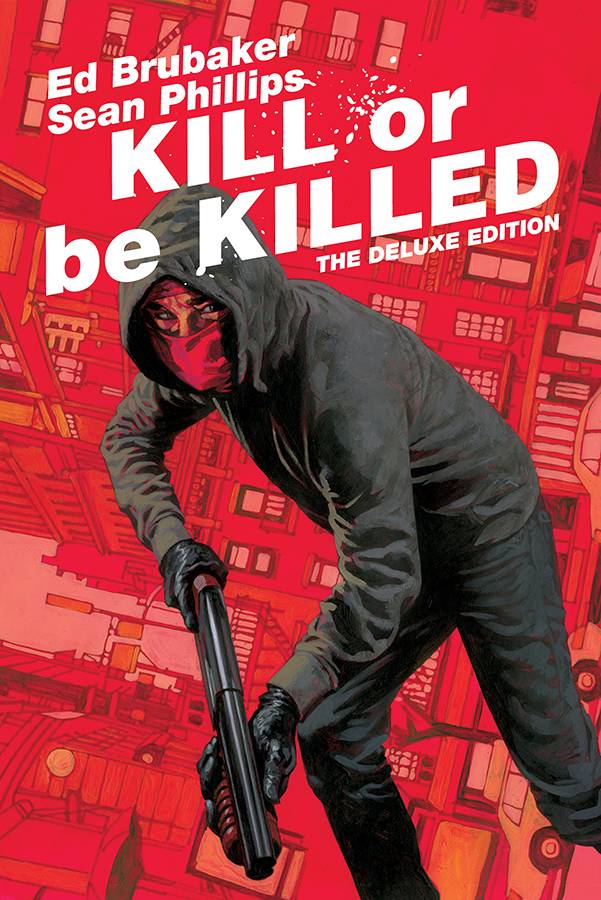 #
AUG190076
(W) Ed Brubaker (A/CA) Sean Phillips
Grad student Dylan must kill one person-who deserves it-every month. And the longer this goes on, the more he realizes just how many people deserve to be killed. Catcher in the Rye meets Death Wish in this dark take on the vigilante genre that quickly became a cracked reflection of the world around us.

This deluxe hardcover edition contains the entire bestselling KILL OR BE KILLED series, as well as behind-the-scenes extras and artwork, from the award-winning team of ED BRUBAKER and SEAN PHILLIPS.