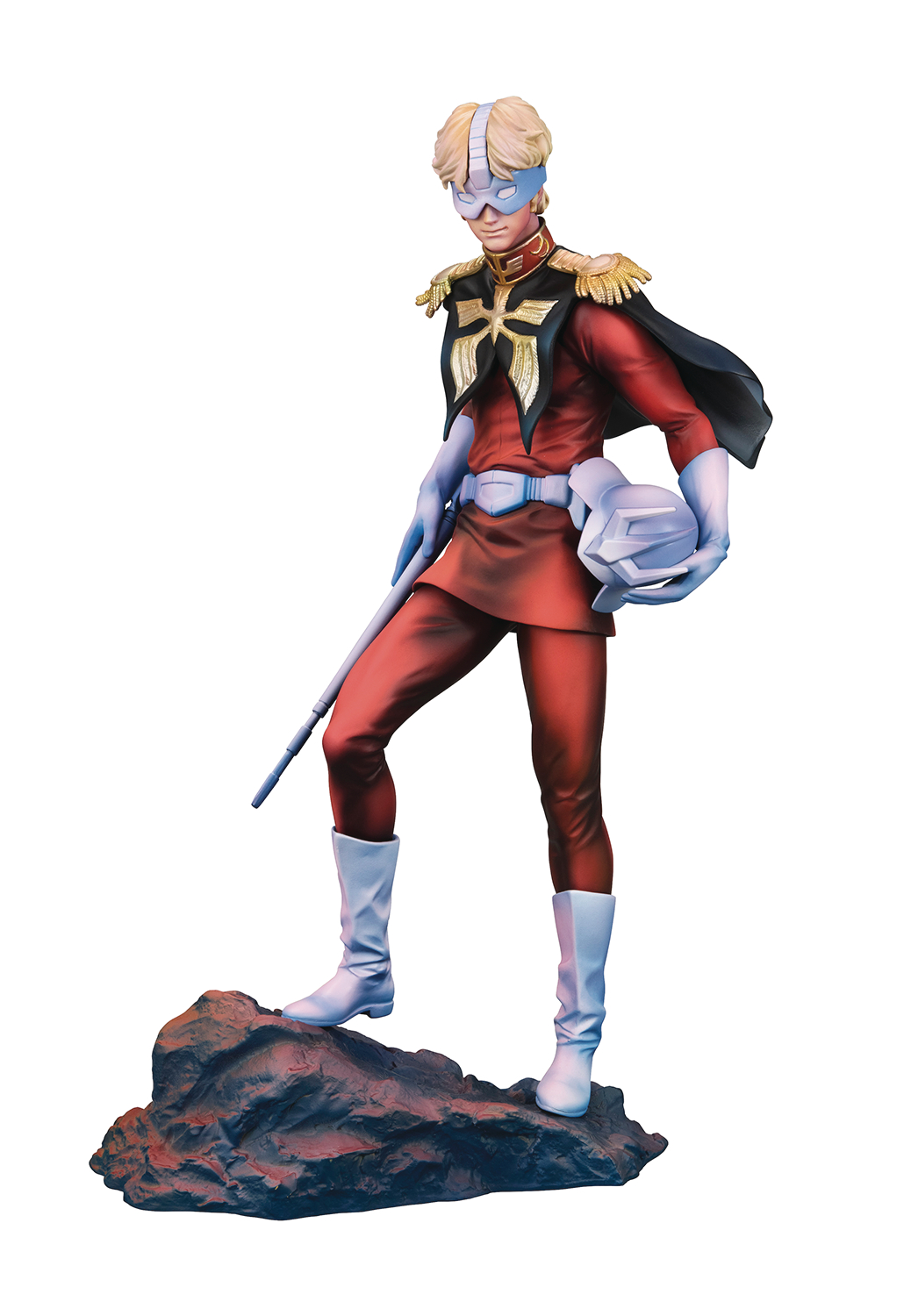 AUG188848
From MegaHouse. MegaHouse's Gundam Guys Generation figure of the legendary Char Aznable is back! This version features a striking high-contrast paint job for an illustration-like effect; an alternate head is included so he can be displayed without his helmet, and the helmet can also be displayed under his arm.