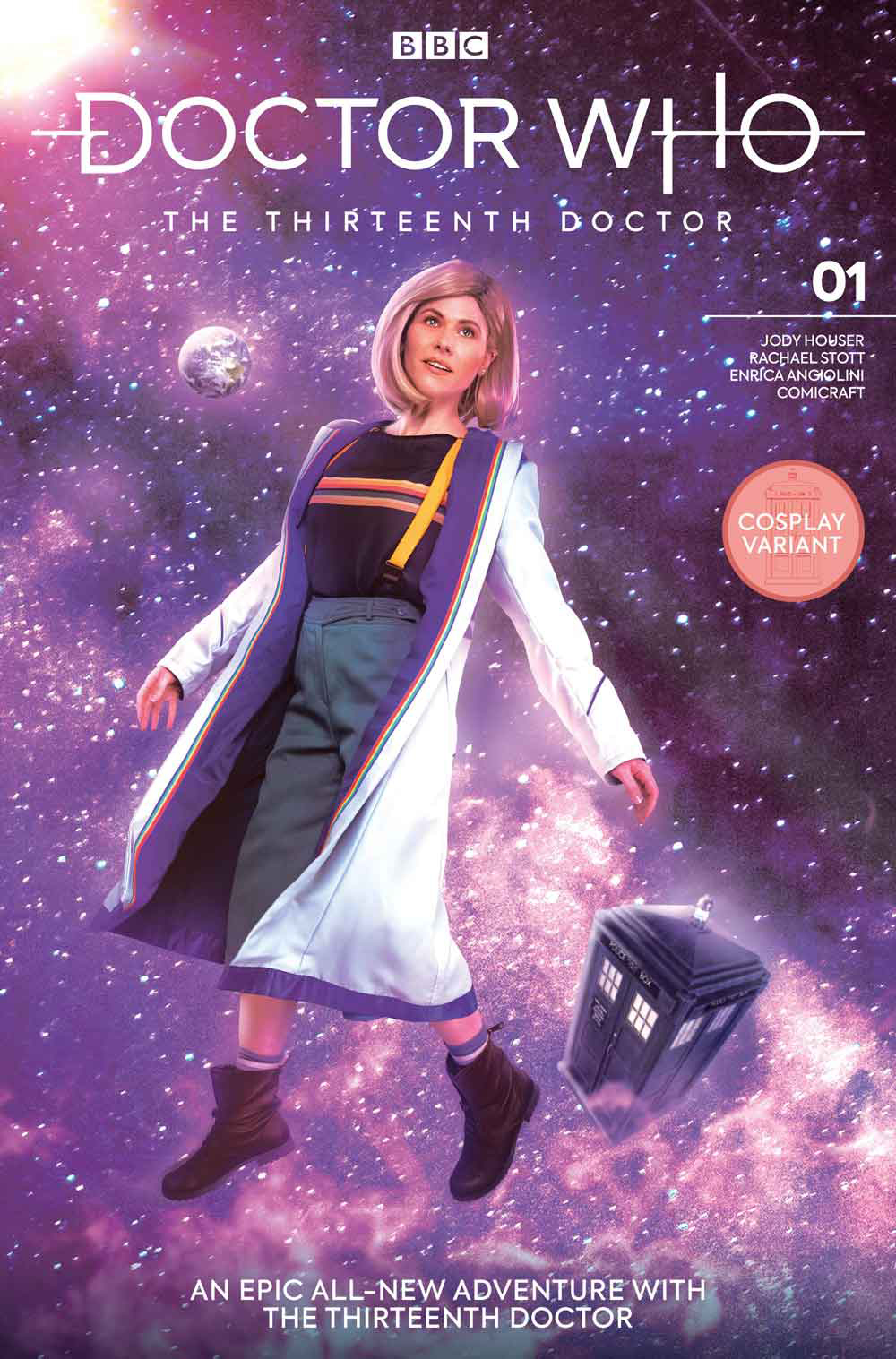 AUG182231
(W) Jody Houser (A) Rachael Stott (CA) Cosplay, Photo
The Doctor regenerates into her most thrilling incarnation yet - played by Jodie Whittaker, and traveling alongside three brand new companions: Graham (Bradley Walsh), Yasmin (Mandip Gill), and Ryan (Tosin Cole)!
Experience mind-blowing challenges and dynamic adventures through time and space - right alongside the Doctor and her friends!
A new series for a new era on the TARDIS, from a creative team of astounding women - Eisner-nominated writer Jody Houser (Faith, Mother Panic, Star Wars: Rogue One, Spider-Man: Renew Your Vows, Orphan Black, The X-Files: Origins), art by Rachael Stott (Doctor Who, Motherlands, Star Trek/Planet of the Apes) and colors from Enrica Angiolini (Shades of Magic: The Steel Prince, Warhammer 40,000)!
Commemorate this once-in-a-lifetime regeneration with thirteen variant covers, from a variety of astounding women comics artists!
In Shops: Nov 07, 2018
SRP: $3.99
View All Items In This Series