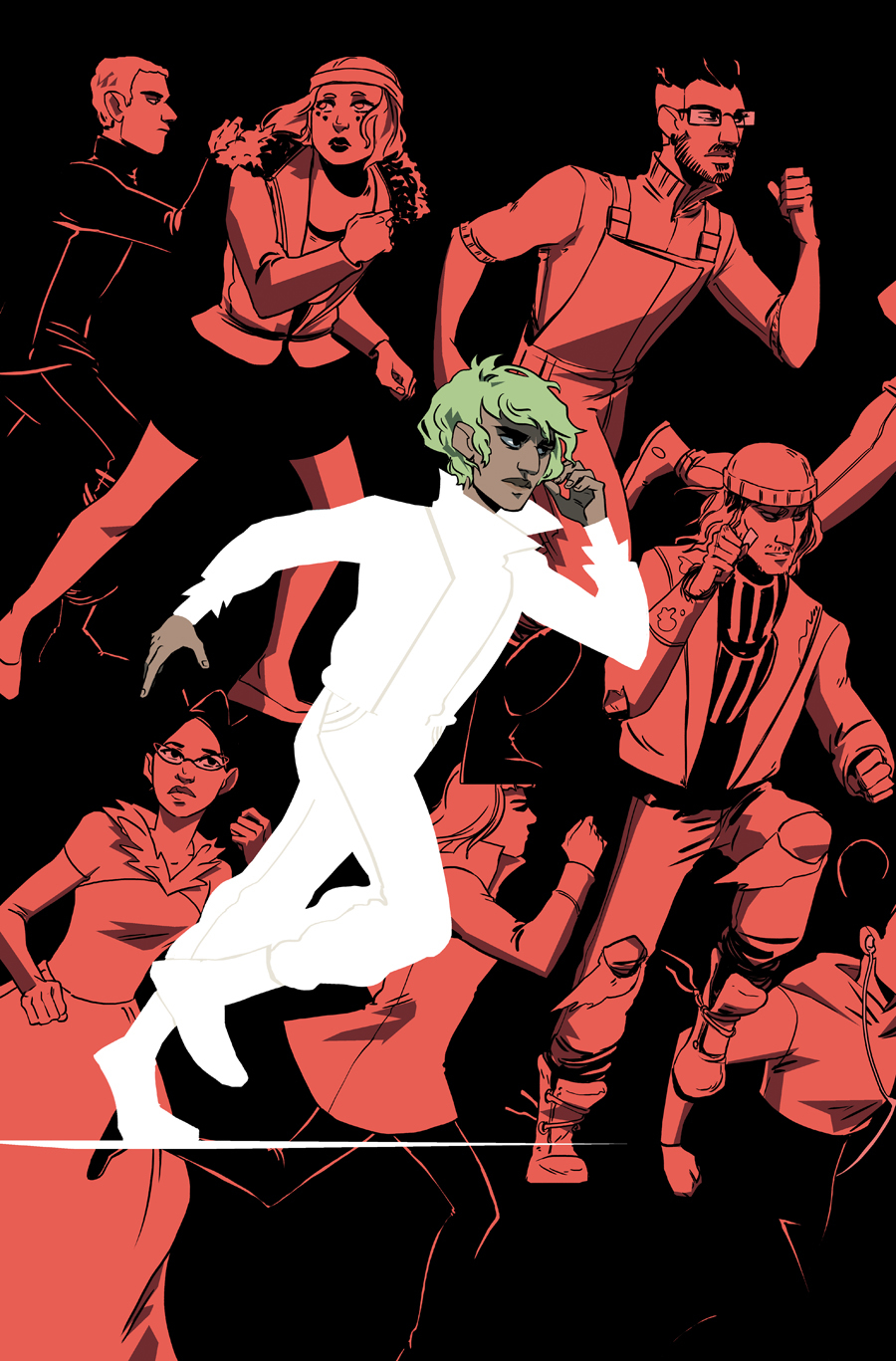 AUG181466
(W) Ted Anderson (A/CA) Jen Hickman
SECOND ISSUE! Everyone knows that the two greatest thieves in the city are the Moth and the Whisper. Very few know that the Moth and the Whisper disappeared six months ago. And what nobody knows is that the new Moth and Whisper are actually one person pretending to be both of them. One supremely skilled but uncertain young genderfluid thief: Niki, the child of the Moth and the Whisper. Niki has been trained by their parents in the arts of stealth and infiltration, but they're still just a teenager, and now they're alone, searching for their parents in a hostile cyberpunk dystopia. The truth about Niki's parents and their disappearance is out there, but can Niki survive long enough to find it? Niki's hunt for Wolfe, the prime suspect in the disappearance of Niki's parents, takes them to a high-class party where the elite rub shoulders with the city's criminal underclass. And with bil-lions in wealth in the room, security's going to be extremely tight. If Niki wants to live up to the mantles of their parents, it's going to take all their skills to make it in and out alive ...
A Young Adult cyberpunk thriller starring a genderqueer super-thief, MOTH & WHISPER is the brainchild of Ted Anderson (My Little Pony, Adventure Time) and Jen Hickman (Jem and the Holograms, The Dead), and a socially significant and engaging story that AfterShock is proud to tell.
In Shops: Oct 10, 2018
SRP: $3.99
View All Items In This Series