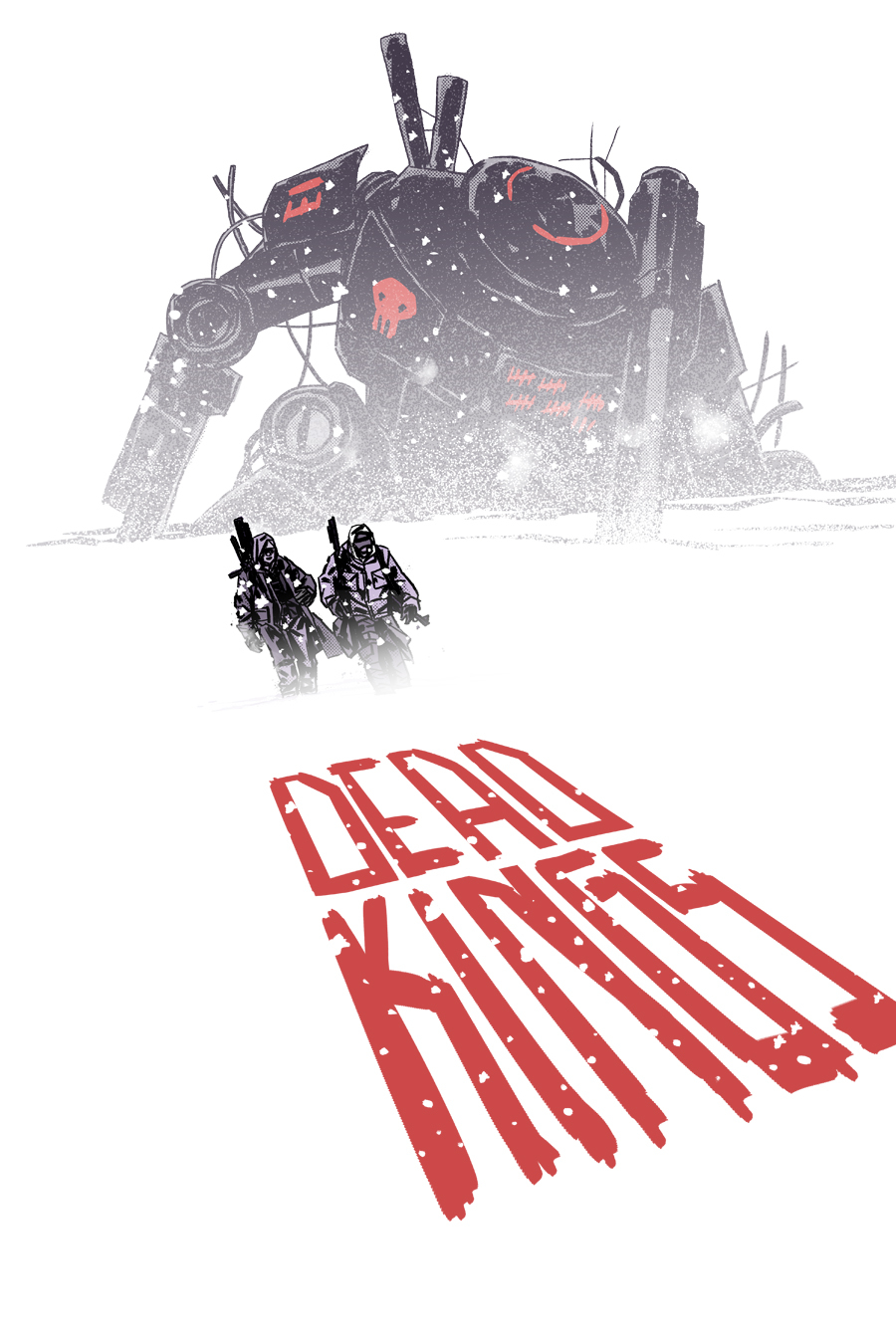 AUG181458
(W) Steve Orlando (A/CA) Matthew Dow Smith
NEW SERIES! Sasha never saw his younger brother...until the secret police made him disappear. Sasha Vasnetsov left Thrice-Nine-the dirty folklore world that limps along in the wreckage of a Technomagic War-thirty years ago and never looked back. But word that the secret police have sent his brother Gena to a work camp for the socially degenerate drags him back, with a promise to free Gena and return him to their mother before her fiftieth birthday. The only problem? Sasha isn't a fraction of the tough guy he tries to be, so if he's going to break back into Thrice-Nine...he'll need help. Sasha's only hope is Maria Kamenaya, a former Technomagic Warrior with hundreds of enemy kills to her name, betrayed by the country that made her when her honor conflicted with their agenda.
Thrice-Nine took Sasha's brother, and it took Maria's heart. This quest is how they get both of those things back, in the steaming, lawless land of decapitated states...the land of DEAD KINGS.
Like True Grit set in the world of Final Fantasy, DEAD KINGS is unrelenting with its passion and thrills, massive in scale and unflinching as it peers into the underside of the obligations that drive us all: to family and country. It's a classic Wild West revenge cast against a haunting, awe-inspiring vision of a future where we've mortally wounded the world, and the prisoners are the only ones left to run the penitentiary.
Written by Steve Orlando (Batman/Shadow, Crude, Midnighter, Virgil) and drawn by Matthew Dow Smith (October Girl, Suicide Squad, X-Files) DEAD KINGS continues Orlando's in-depth ex-ploration of retribution in all its dark, complex forms. Having burst forth from the restrictions of the modern world's flesh and bone, Orlando and Smith create a whole new world of iron-and-oil fantasy, paths walked by a redemption-fueled older brother and the abandoned, rusted out, vindictive tool of a bygone war that protects him-this is us AFTER the World Wars of Mechs and Magic, broken hearts and busted fists included, a world you would ONLY find at AfterShock!
In Shops: Oct 24, 2018
SRP: $3.99
View All Items In This Series