ASGARDIANS OF THE GALAXY #2 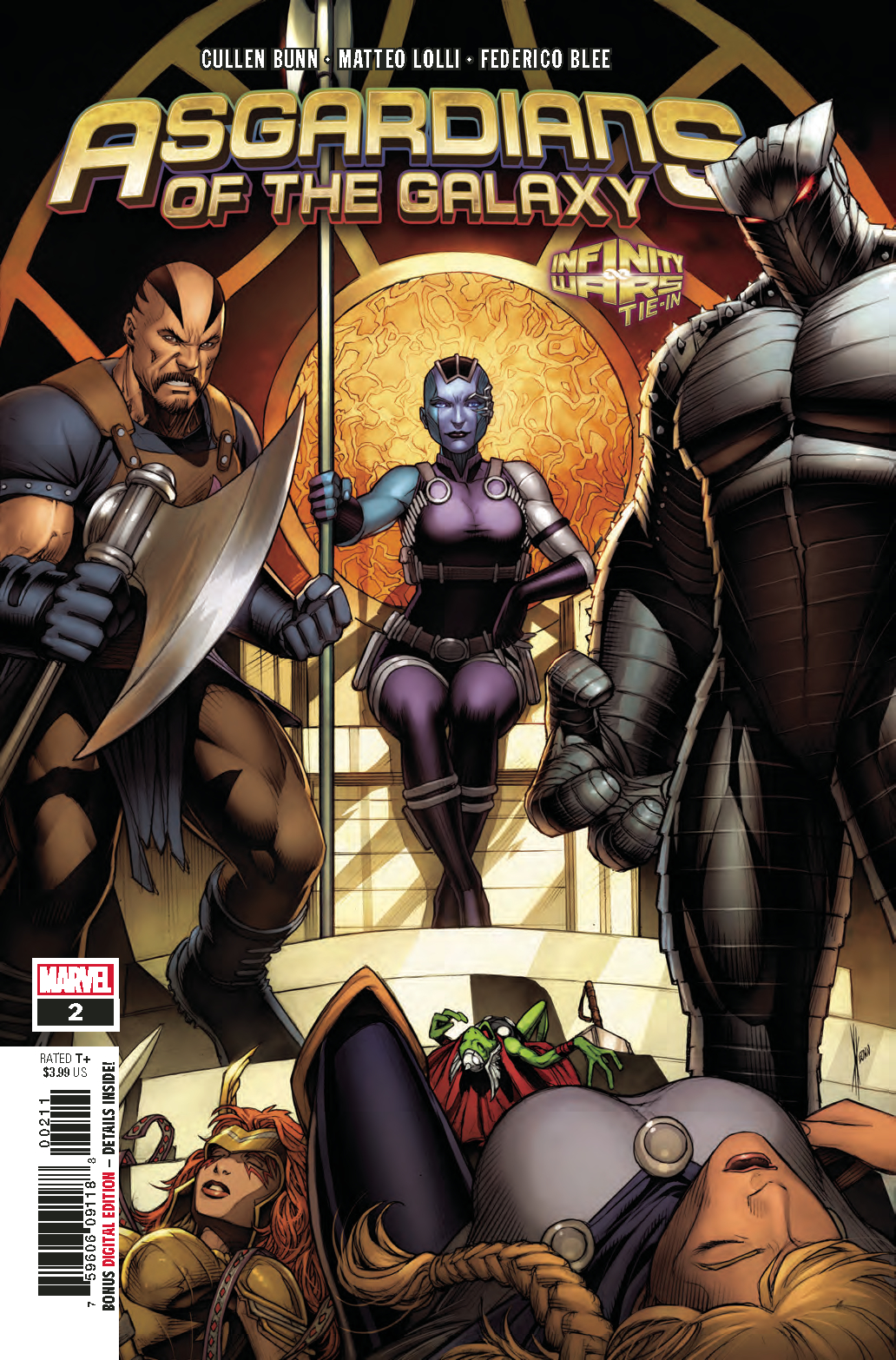 AUG181005
(W) Cullen Bunn (A) Matteo Lolli (CA) Dale Keown
ALL DEAD GODS GO TO WAR!
Angela's ragtag team of Asgardians are hot on Nebula's trail - but she's left a grisly gift behind. With the power of the Naglfar Armada at her cybernetic fingertips, Nebula is unleashing hordes of undead gods to ravage the galaxy. And its only defenders are a slightly traitorous Executioner, a half-mortal Valkyrie, a lost Asgardian huntress, a hammer-wielding teenager, a suit of ancient armor and a frog. And if the rest of the team finds out who's behind the Destroyer's faceplate, things will go from bad to Ragnarok. Guest-starring Gladiator and the Imperial Guard!
Rated T+
In Shops: Oct 03, 2018
SRP: $3.99
View All Items In This Series