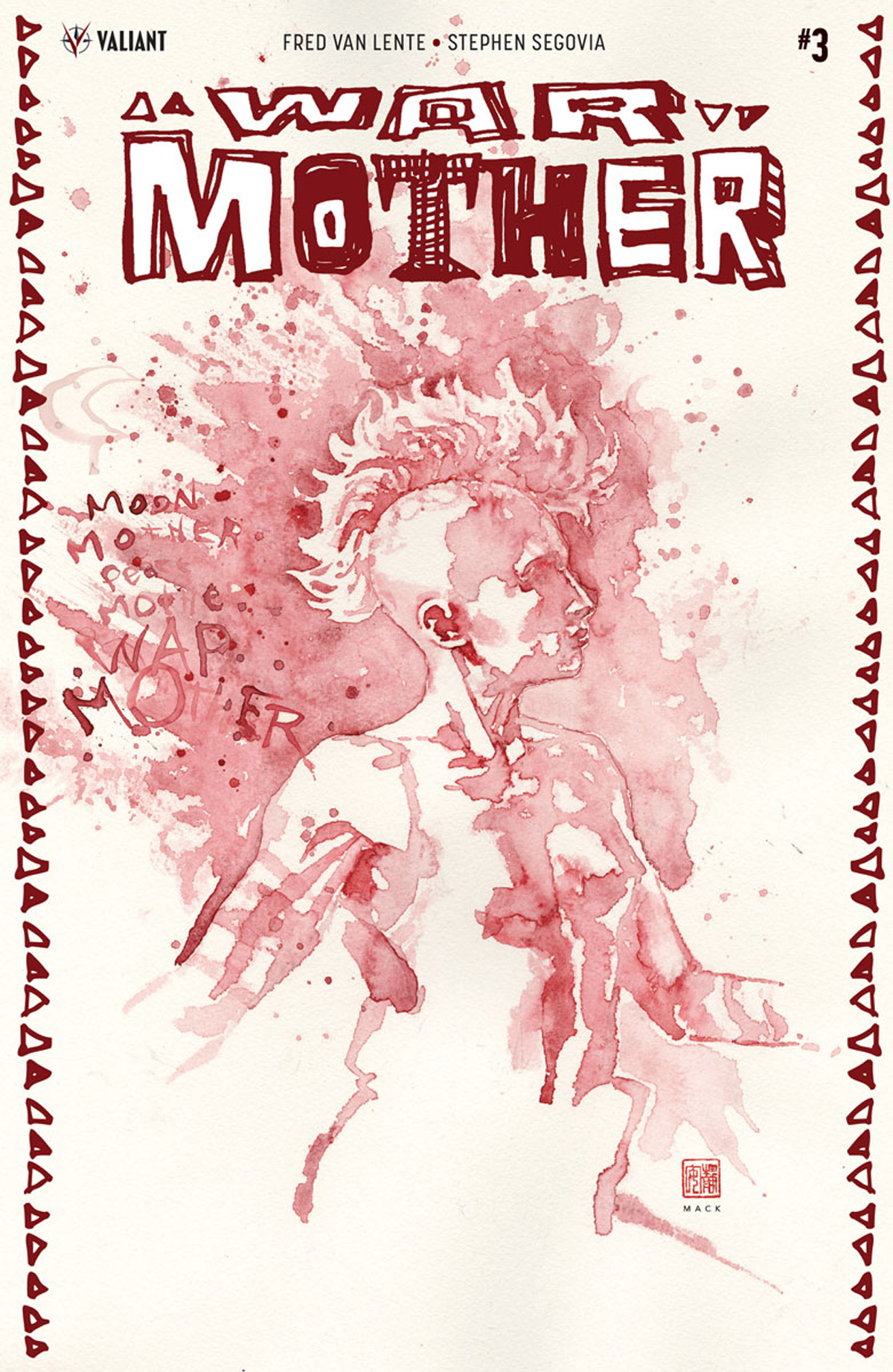 AUG172124
(W) Fred Van Lente (A) Stephen Segovia, Roberto De La Torre (CA) David Mack
Into the badlands...
As the only force standing between her tribe and total extinction, War Mother must protect every man, woman, and child...no matter the cost...as she braves the long journey across the mutant-infested jungles and irradiated steppes once known as South America. But when this sworn guardian discovers that the new homeland she seeks might not be the haven it was promised to be, she'll have to save her people from the one thing she never could have anticipated: themselves!
Join New York Times best-selling writer Fred Van Lente (ARCHER & ARMSTRONG) and explosive artist Stephen Segovia (NINJAK) as they send War Mother on her darkest mission yet...and bring her first high-powered solo series to a brutal breaking point!
In Shops: Oct 18, 2017
SRP: $3.99
View All Items In This Series