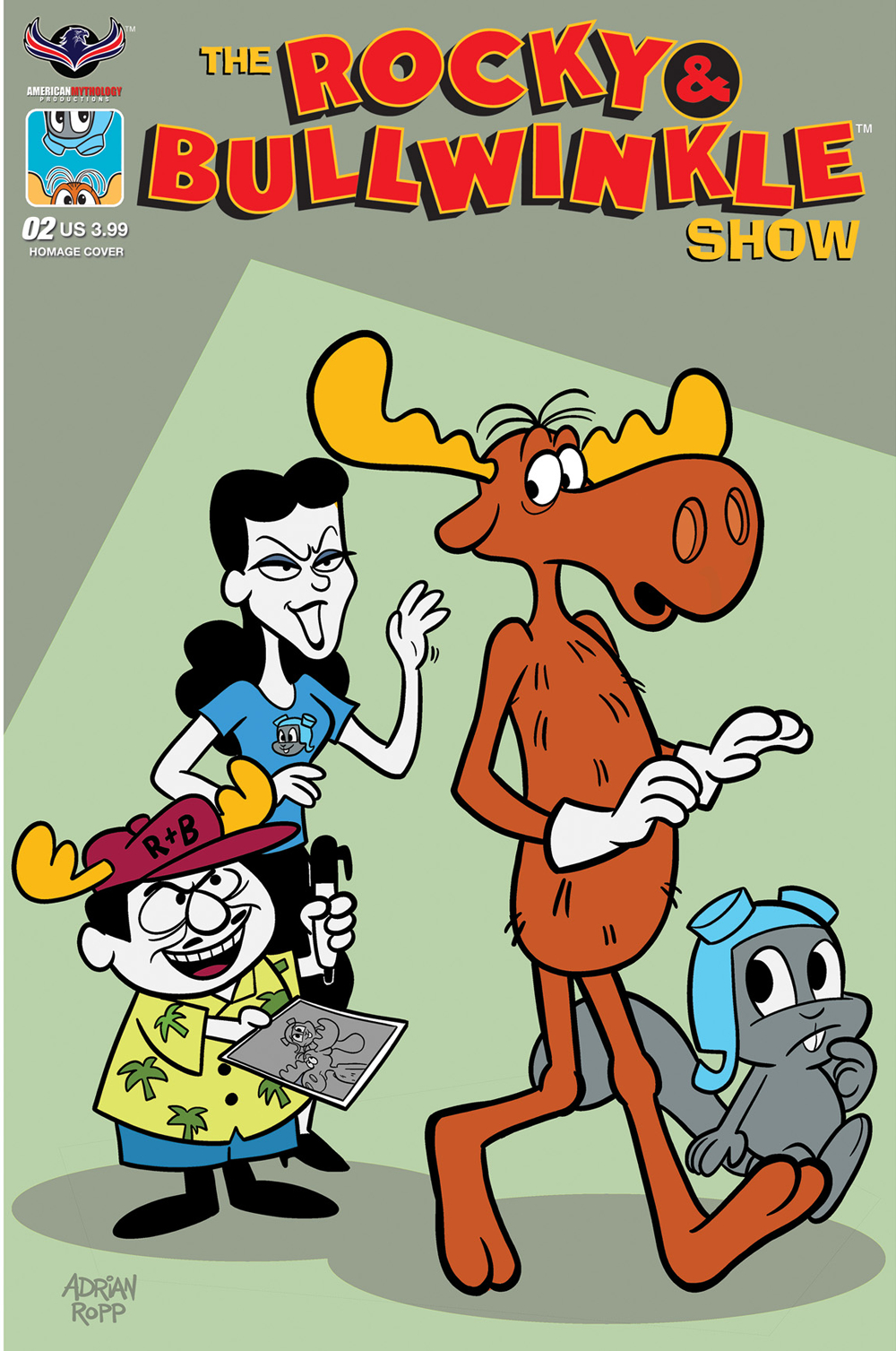 AUG171163
(W) Todd Livingston (A) Jacob Greenawalt (CA) Adrian Ropp
You will believe a Moose can fly!  Join us for an all new Rocky & Bullwinkle Show with thrills, chills, spills, and gills?  Rocky and Bullwinkle investigate a haunted house but the ghosts and goblins inhabiting this habitat are suspiciously Russian.  Boris and Natasha are up to their no goodnickoff antics in "The Hauntening of Bough House" by Todd Livingston and Jacob Greenawalt!  All your favorite memories of Rocky & Bullwinkle are here with new stories told in all its satirical slapsticky style. The Rocky & Bullwinkle Show comes with four covers - Main by S.L. Gallant, Homage by Adrian Ropp, Flying Moose by Greenawalt, and a Retro Animation Retailer Incentive Edition.
In Shops: Dec 13, 2017
SRP: $3.99
View All Items In This Series
ORDER SUBSCRIBE WISH LIST