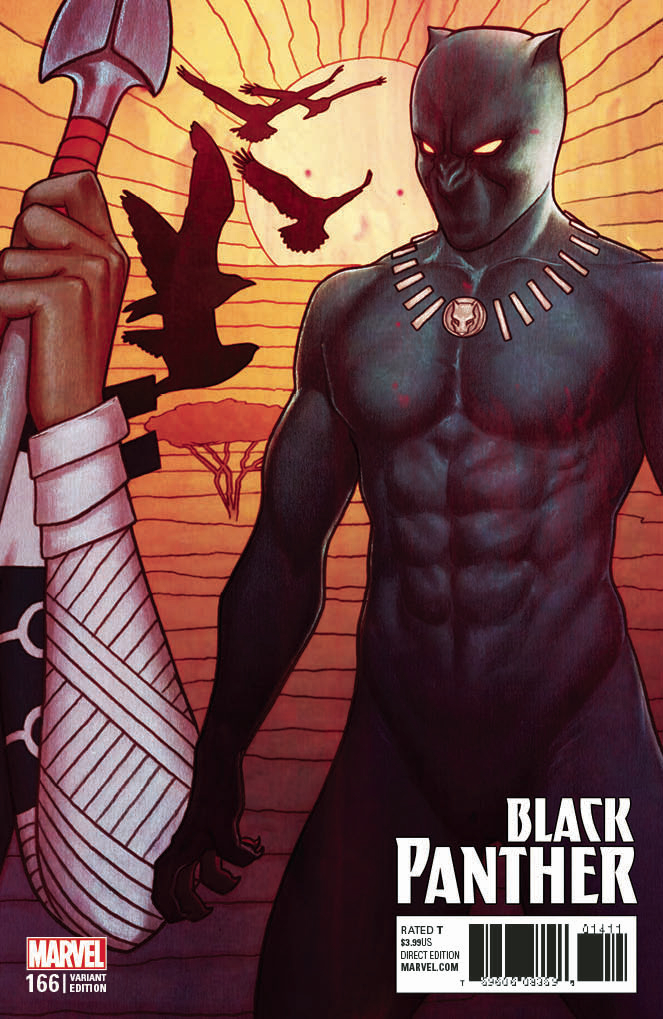 AUG170813
(W) Ta-Nehisi Coates (A) Leonard Kirk (CA) Jenny Frison
KLAW STANDS SUPREME Part 1
Black Panther's greatest foe has returned - Ulysses Klaw is back and ready for war! Can T'Challa defeat the man who killed his father all while his country struggles to its feet?  And as war looms, Wakanda's gods have disappeared. Enter the Originators! The former gods are back - but what are their intentions for a land that has forgotten them?
PLUS: Includes 3 bonus MARVEL PRIMER PAGES! Story by Robbie Thompson and a TBA artist!
Rated T
In Shops: Oct 25, 2017
SRP: $3.99
View All Items In This Series