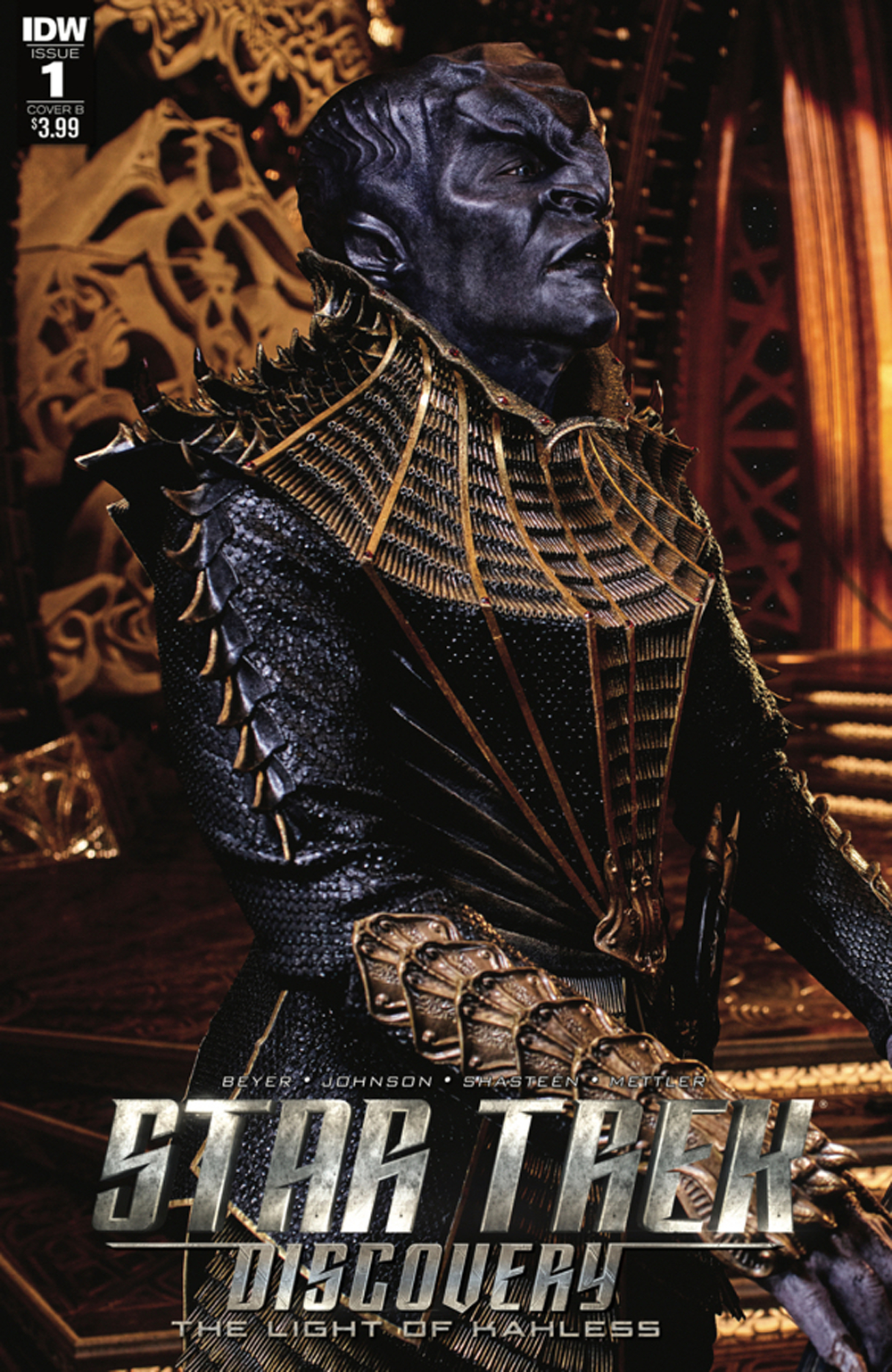 AUG170485
(W) Mike Johnson, Kirsten Beyer (A) Tony Shasteen (CA) Photo
Warp into adventure with this new comic book series that ties into the new Star Trek television show premiering in late September on CBS All Access in the U.S., the Space channel in Canada and Netflix throughout the rest of the world! Details remain secretive so we can't show you covers yet, but we can tell you that you won't want to miss this very special KLINGON-centric series. Be prepared for action, adventure, and Star Trek at its best!

Bullet points:
* Co-written by Discovery writer and Trek novelist Kirsten Beyer and longtime Trek comic book writer Mike Johnson!
* Art by Star Trek comic book veteran and fan-favorite Tony Shasteen, of the hit series,  Boldly Go!
* Explore the strange new worlds and new civilizations of Discovery each month!
* Each issue features a "ships of the line" cover by Declan Shalvey and Jordie Bellaire! A great first look at the new ships of Discovery!
In Shops: Nov 29, 2017
SRP: $3.99
View All Items In This Series