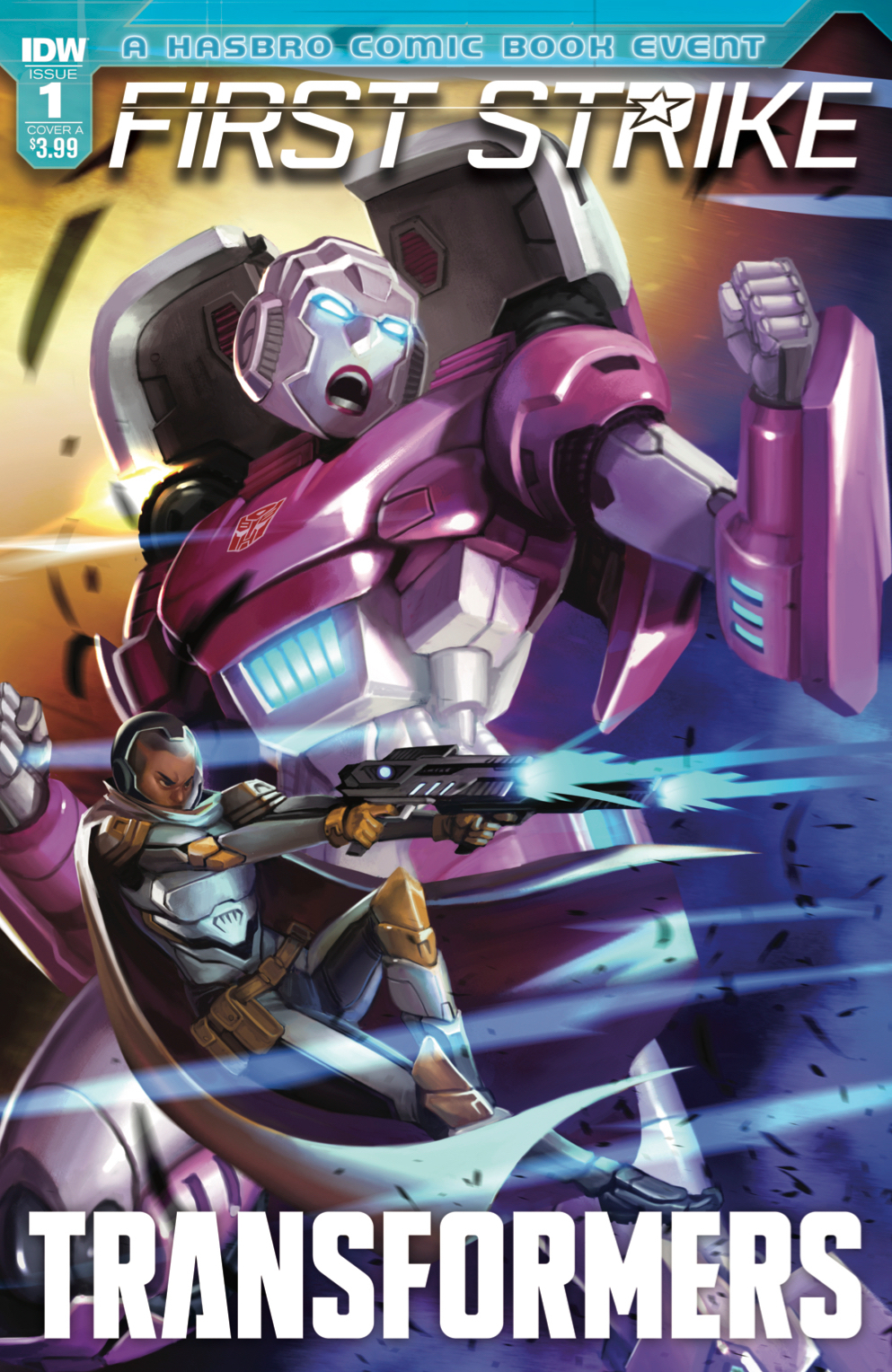 AUG170463
(W) John Barber (A) Priscilla Tramontano (CA) Sara Pitre-Durocher
Continued from Optimus Prime: First Strike! When a bounty hunter drags one of their own into the wilds of Cybertron, the Revolutionaries join forces with Arcee and pursue! But in the midst of war, can humans and Cybertronians put aside their differences, or has the invasion of Cybertron doomed any chance at peace?

Bullet points:
* Tying into the events of First Strike-A Hasbro Comic Book Event!
* The second part of the Optimus Prime and the Revolutionaries story-continued from last month's Optimus Prime: First Strike #1!
In Shops: Nov 08, 2017
SRP: $3.99
View All Items In This Series