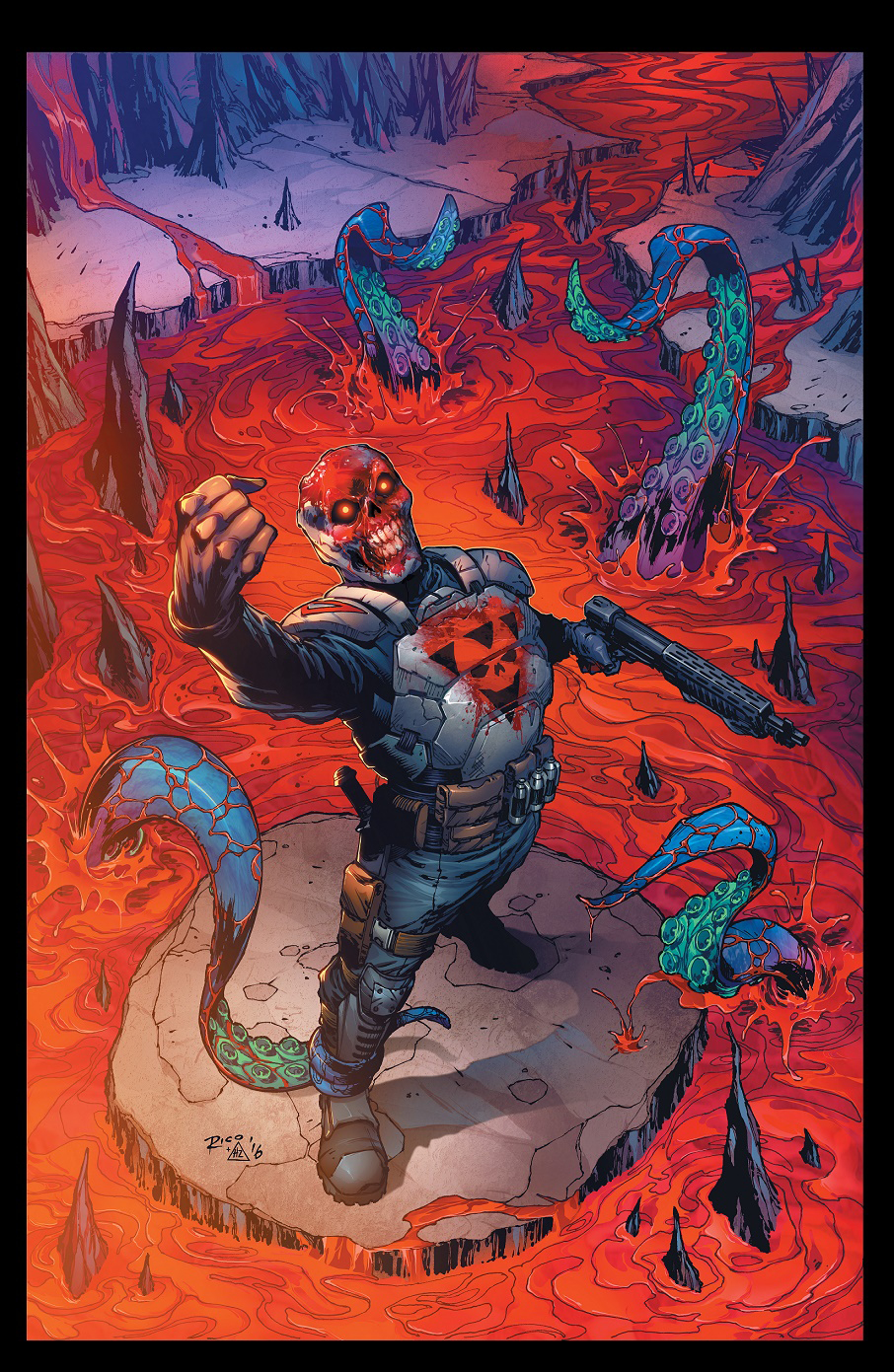 AUG162169
(W) Ralph Tedesco, Joe Brusha (A) Marc Rosete (CA) Ian Richardson
With his enemies defeated it's time for Rick Murphy to pay Death his due. But Rick has not lived up to his end of the bargain as Death Force, and Death is not one to take being disobeyed lightly. Now Death Force must battle the very enemy that controls his power and all that hangs in the balance is Missy's innocent soul.
In Shops: Nov 16, 2016
SRP: $3.99
View All Items In This Series
ORDER WISH LIST