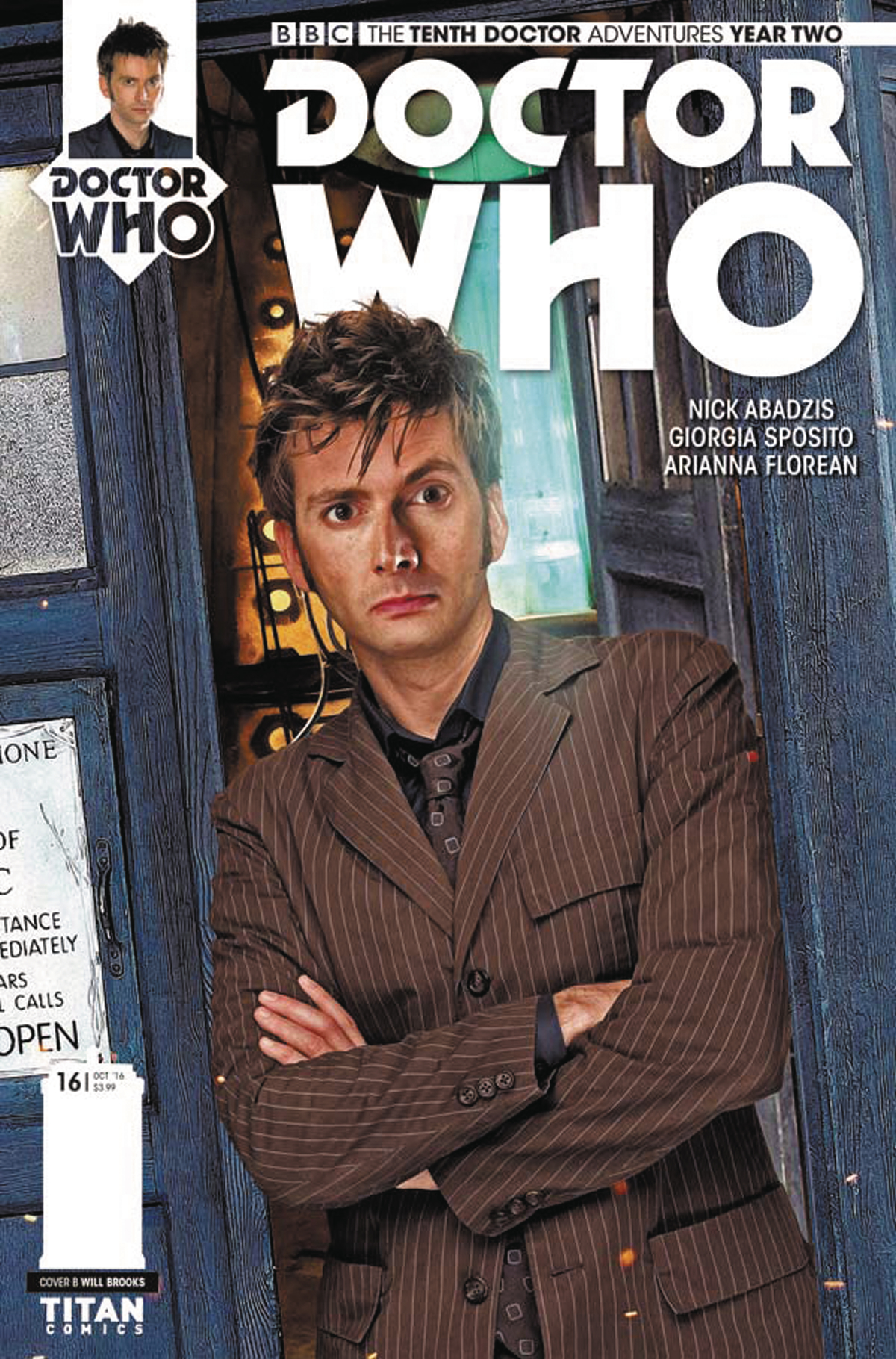 AUG161891
(W) Nick Abadzis (A) Giorgia Sposito (CA) Will Brooks
The epic finale of the Tenth Doctor's second year continues - in a story so big, we had to give it TWO extra issues! The emergence of the Time Sentinel! The return of an ancient entity long thought dead! Anubis trapped between this universe and the next! A galaxy of impossible possibilities! Companions locked in mortal combat! Gabby's mysterious powers in full flow! And at the heart of it all, the Doctor, with the lives of billions in his hands... As the universe shatters and time starts to die, can the last son of Gallifrey win the game... by changing the rules?! You won't believe his answer! Be back here next month for #2.17, as Year Two ends... in flames!
In Shops: Nov 23, 2016
SRP: $3.99
View All Items In This Series
ORDER WISH LIST