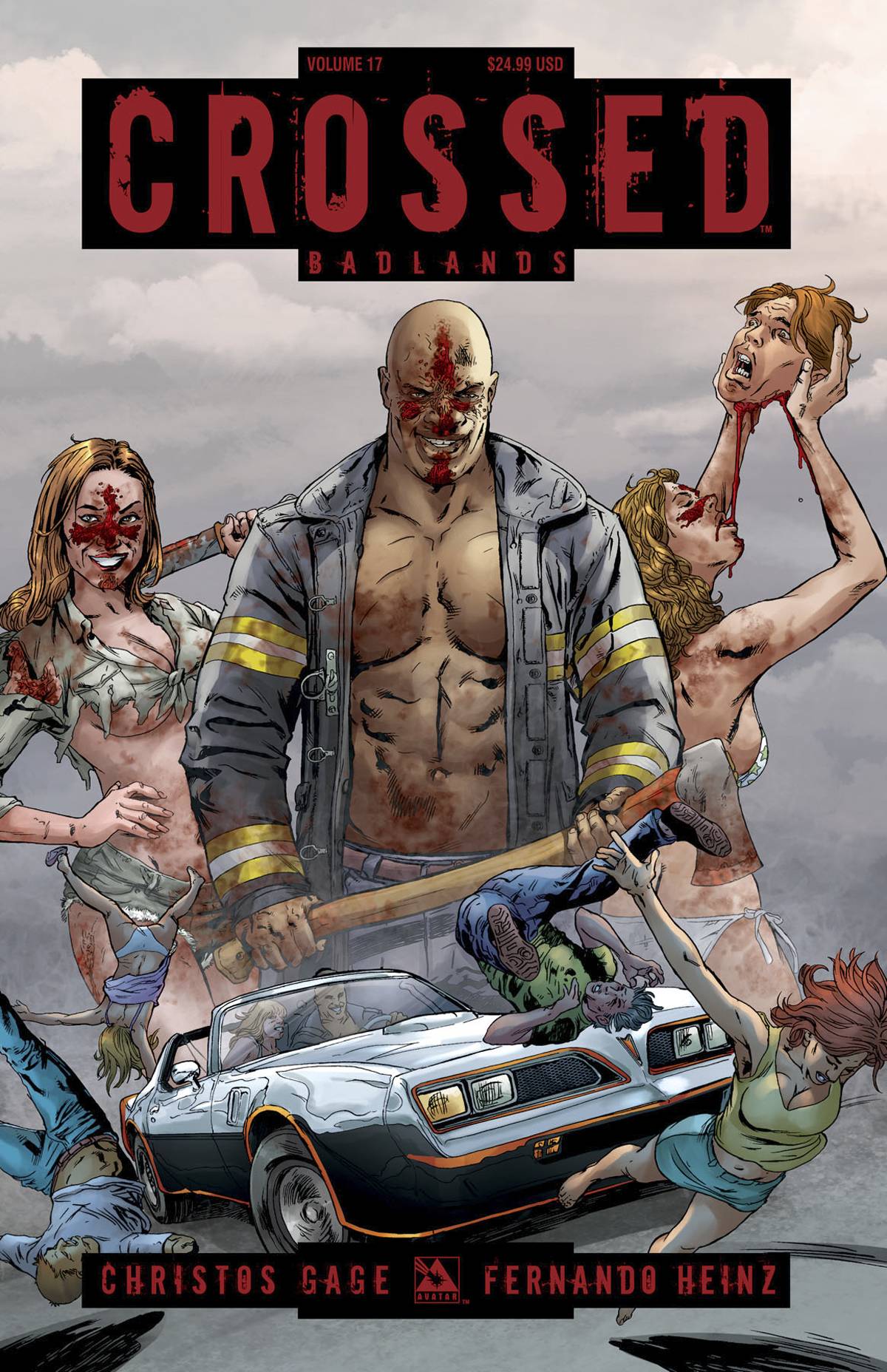 #
AUG161260
(W) Christos Gage (A) Emiliano Urdinola (CA) Raulo Caceres
TV and Screenwriter Christos Gage returns to the grueling world of Garth Ennis' Crossed with a vengeance. Fans favorite Alpha-Crossed Smokey has returned and he's on the mission he began back in the legendary "Quisling" story arc. Driven by a powerful controlled cruelty, Smokey discovers a survivalist bunker and forces a desperate man to help him do the unthinkable...create a new Crossed civilization and city called "Smokeyville." But how long can even a creature like Smokey hold the murderous Crossed to his will before they turn upon each other? It's the ultimate sociological experiment amidst the wreckage of civilization. There is no equal to the terror and depravity within the pages of Crossed. It is simply the most terrifying uncensored horror comic book being published. This volume collects issues #93 - 100 of the ongoing Crossed: Badlands series.
In Shops: Nov 16, 2016
SRP: $24.99
View All Items In This Series
ORDER WISH LIST