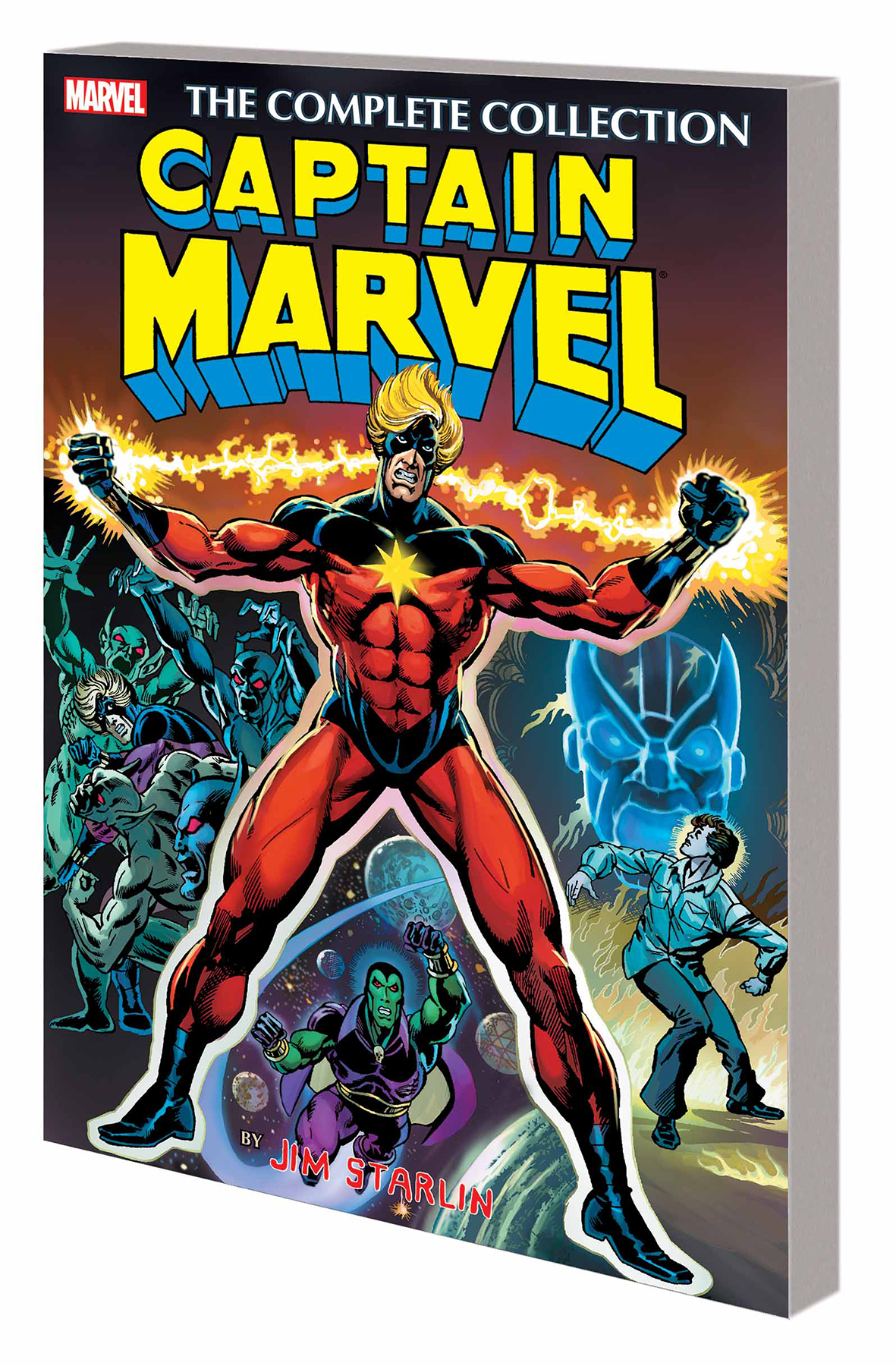 AUG161034
(W) Jim Starlin, Various (A/CA) Jim Starlin
The ultimate collection of the creator that defined Captain Marvel! Under the aegis of writer/artist Jim Starlin, CAPTAIN MARVEL evolved into one of comics' most influential titles. Starlin stripped the Kree Captain to his core and resurrected him as a truly cosmic hero. This may have been Starlin's first super-hero saga, but it introduced some of his signature characters - including Drax the Destroyer and Mar-Vell's nemesis, Thanos! As Thanos' mad quest for unlimited power rages, Captain Marvel teams with the Avengers for a truly epic confrontation! Years later, Starlin returned for the strikingly personal and moving "Death of Captain Marvel" - and rewrote the rule book on a super hero's passing. Collecting CAPTAIN MARVEL (1968) #25-34, IRON MAN (1968) #55, MARVEL FEATURE (1971) #12, MARVEL GRAPHIC NOVEL #1 and material from DAREDEVIL (1964) #105 and LIFE OF CAPTAIN MARVEL #1-5.
Rated T
In Shops: Nov 23, 2016
SRP: $34.99
ORDER WISH LIST