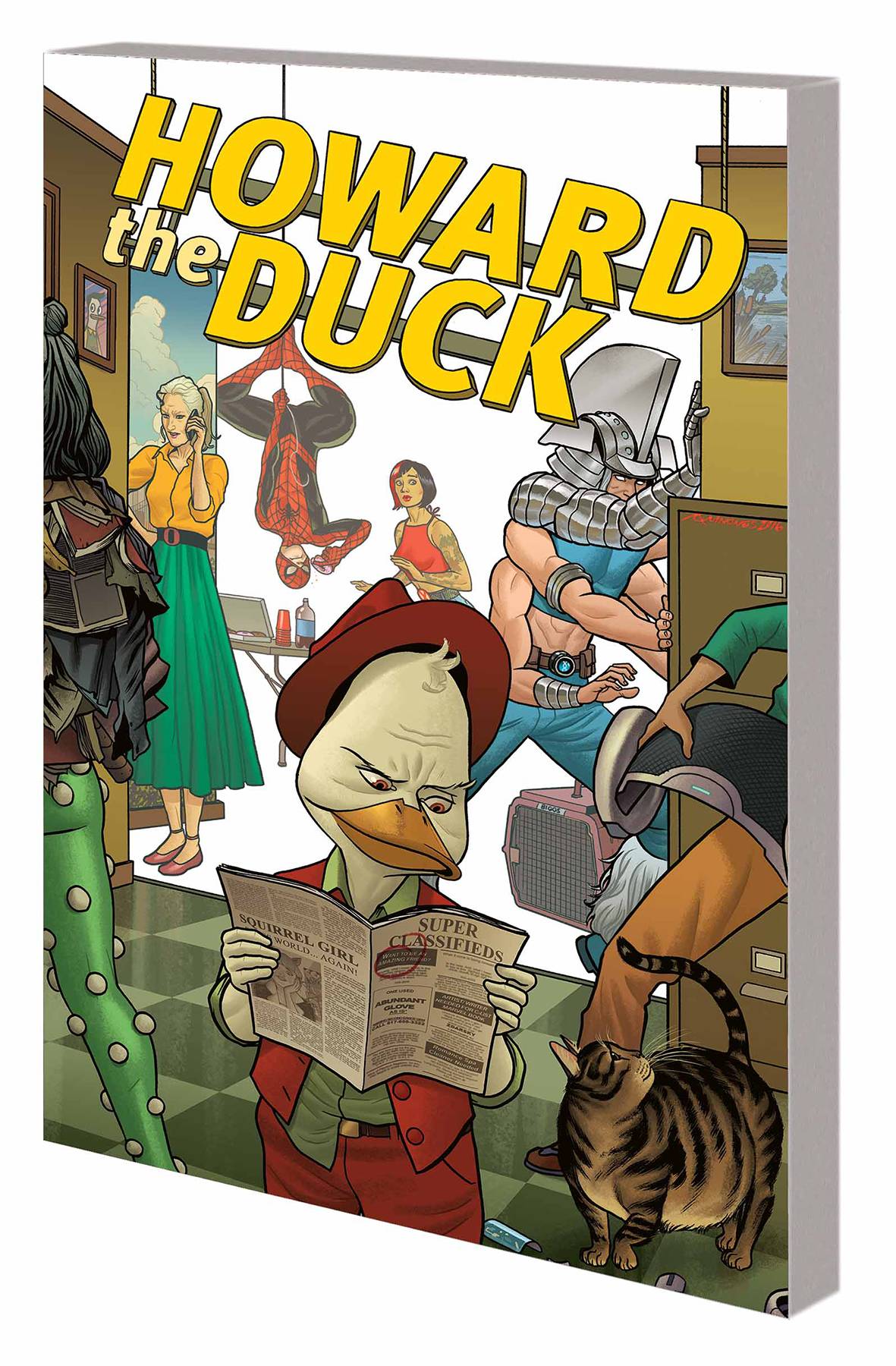 #
AUG161021
(W) Chip Zdarsky (A) Kevin Maguire (A/CA) Joe Quinones
Here's Howard - he's the Duckiest! When a case takes Howard and his friend Tara to the Savage Land, they'll need all the help they can get! But they'll just have to make do with Spider-Man, She-Hulk, Daredevil and Steve Rogers! Then, Howard finally gets a chance to go home - but after all this time is there any such place for him? Back in New York City, Howard's strangest case yet awaits. It's a missing person investigation - and the client is the missing person! She's also Lea Thompson, star of 1986's Howard the Duck movie! WAUGH-HUH?! Plus: The person behind all of Howard's troubles will stand revealed! Can Howard outwit fate? Can any of us? Find out as Zdarsky and Quinones close out their run! Collecting HOWARD THE DUCK (2015B) #7-11.
Rated T+
In Shops: Nov 16, 2016
SRP: $15.99
View All Items In This Series
ORDER WISH LIST