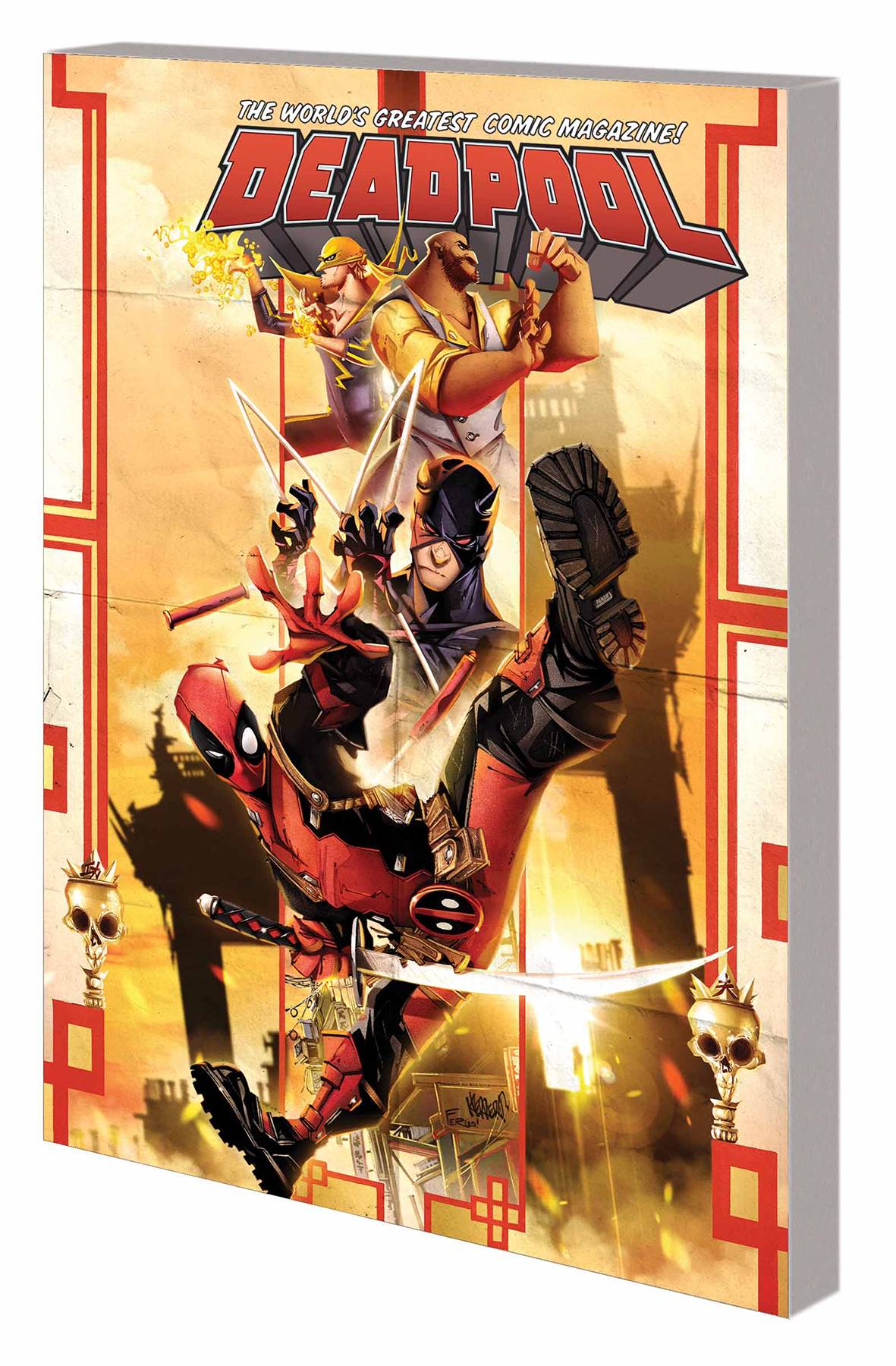 #
AUG161020
(W) Various (A) Various (CA) Francisco Herrera
Deadpool plays host to an epic crossover with Daredevil, Power Man and Iron Fist! When Wade Wilson takes a gig protecting a banker who betrayed his cartel partners, they seek the help of Assistant District Attorney Matt Murdock. In turn, he calls in Luke Cage and Danny Rand. That sounds like a recipe for one mega-violent, street-level, face-punching, gut-busting, kung-fuing, ninjitsuing crime story guaranteed to knock your teeth out! And for his next trick, the Merc with a Mouth tries to fix one of Doctor Strange's messes! The Empirikul are waging a war on magic and wiping the fantastical from existence. And that includes Mrs. Deadpool, a.k.a. Shiklah! As the Empirikul forces lay siege to Monster Metropolis, Deadpool wades into battle alongside his most spellbinding friends! Collecting DEADPOOL (2015) #13 and DEADPOOL: LAST DAYS OF MAGIC #1.
Parental Advisory
In Shops: Oct 26, 2016
SRP: $15.99
View All Items In This Series
ORDER WISH LIST