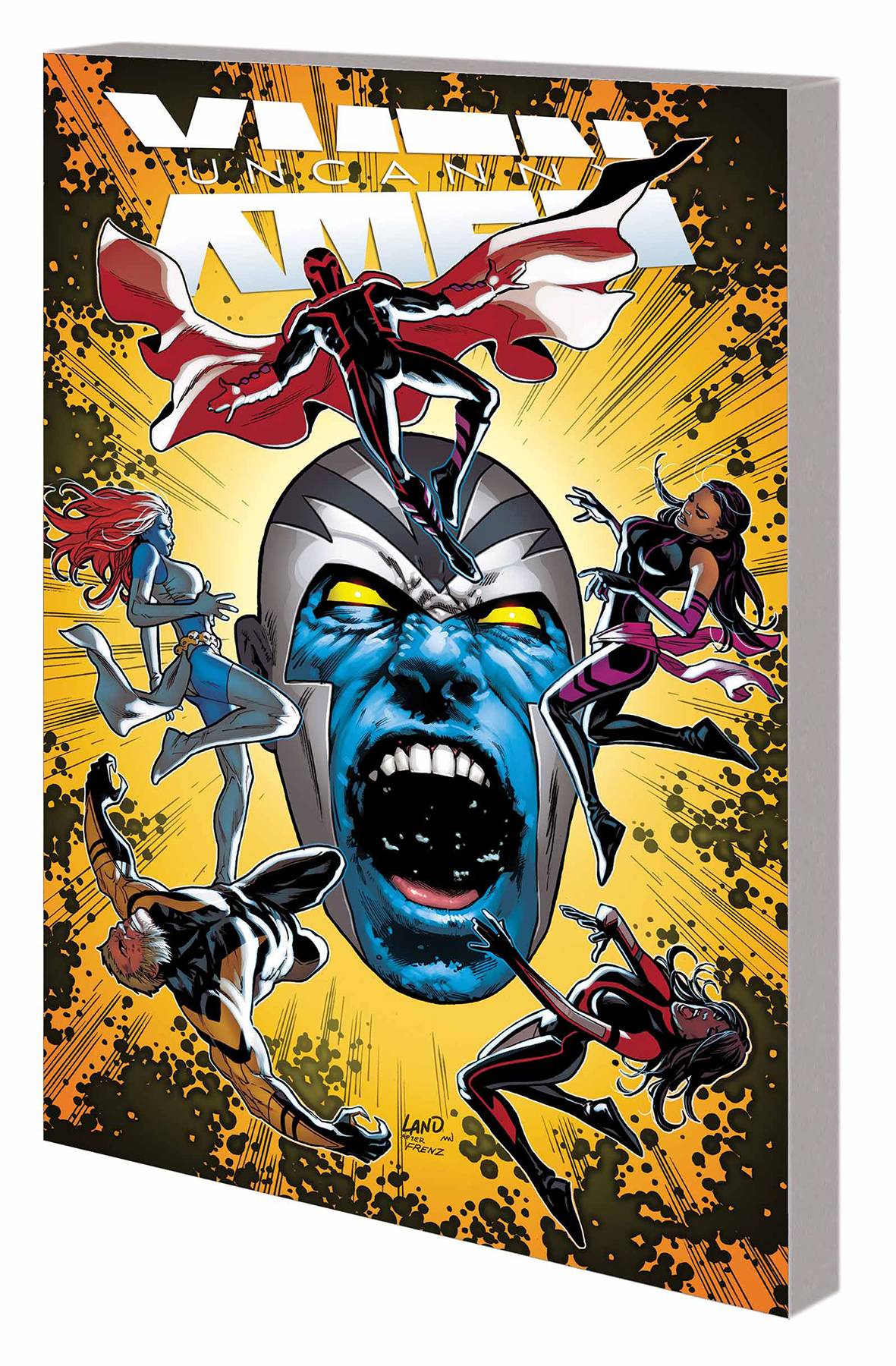 #
AUG161016
(W) Cullen Bunn (A) Ken Lashley, Paco Medina (CA) Greg Land
Magneto and his ruthless team enter the trenches in the Apocalypse Wars! But one original X-Man has particular history with En Sabah Nur. The first time Warren Worthington met Apocalypse, he was transformed into the homicidal Horseman of Death. Warren broke free of the villain's grasp, rejoined the X-Men as Archangel and, for a time, found love with teammate Psylocke. Now, years later, Psylocke has found a vacant, drone-like Archangel in the guise of Death once more. Fearing he's again fallen under the sway of Apocalypse, Psylocke and her new teammates embark on a mission to save his life. But little do they know that they're about to discover a truth far more horrifying than they could have imagined! Collecting UNCANNY X-MEN (2016) #6-10.
Rated T+
In Shops: Nov 16, 2016
SRP: $15.99
View All Items In This Series
ORDER WISH LIST