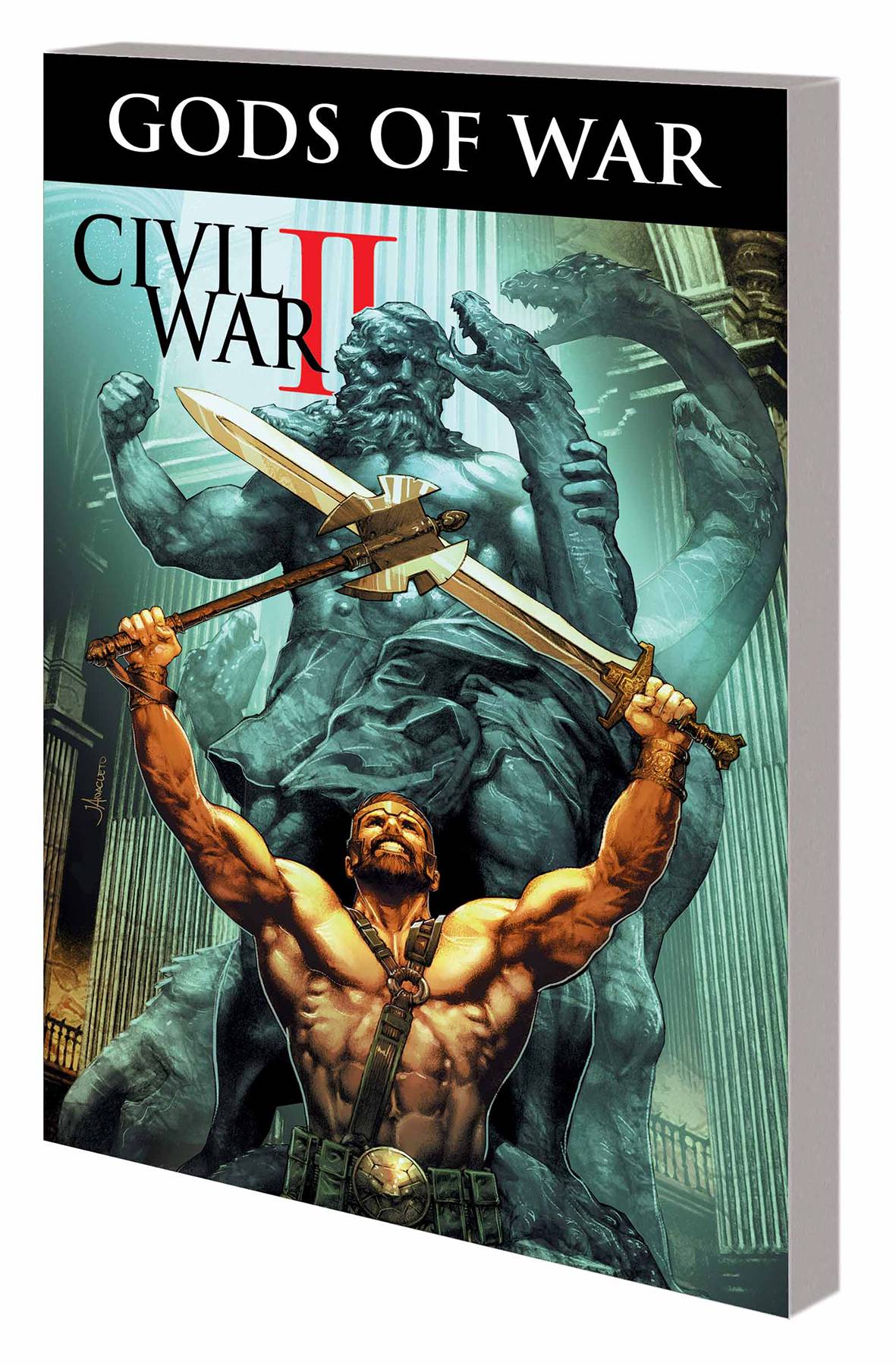 #
AUG161004
(W) Dan Abnett, Stan Lee (A) Emilio Laiso, Jack Kirby (CA) Jay Anacleto
The world is on the brink of chaos. But when only the best are called into action, where does that leave the world's first super hero? Will Hercules force his way onto the front lines of this new Civil War ripping through the Marvel Universe? Either way, Herc has problems of his own. There's a threat that only he knows about, and the Avengers are too busy to lend a hand. Time to get out his address book and call in some much older friends. Ancient legends like Gilgamesh, Beowulf, Ire, Theseus, Sigurd and Lorelei - the Gods of War! Can they prevail against the wrath of a new race of deities? Or has CIVIL WAR II provided the Uprising Storm with the perfect opportunity to master the world? Collecting CIVIL WAR II: GODS OF WAR #1-4, plus the classic JOURNEY INTO MYSTERY ANNUAL (1965) #1.
Rated T+
In Shops: Nov 09, 2016
SRP: $15.99
ORDER WISH LIST