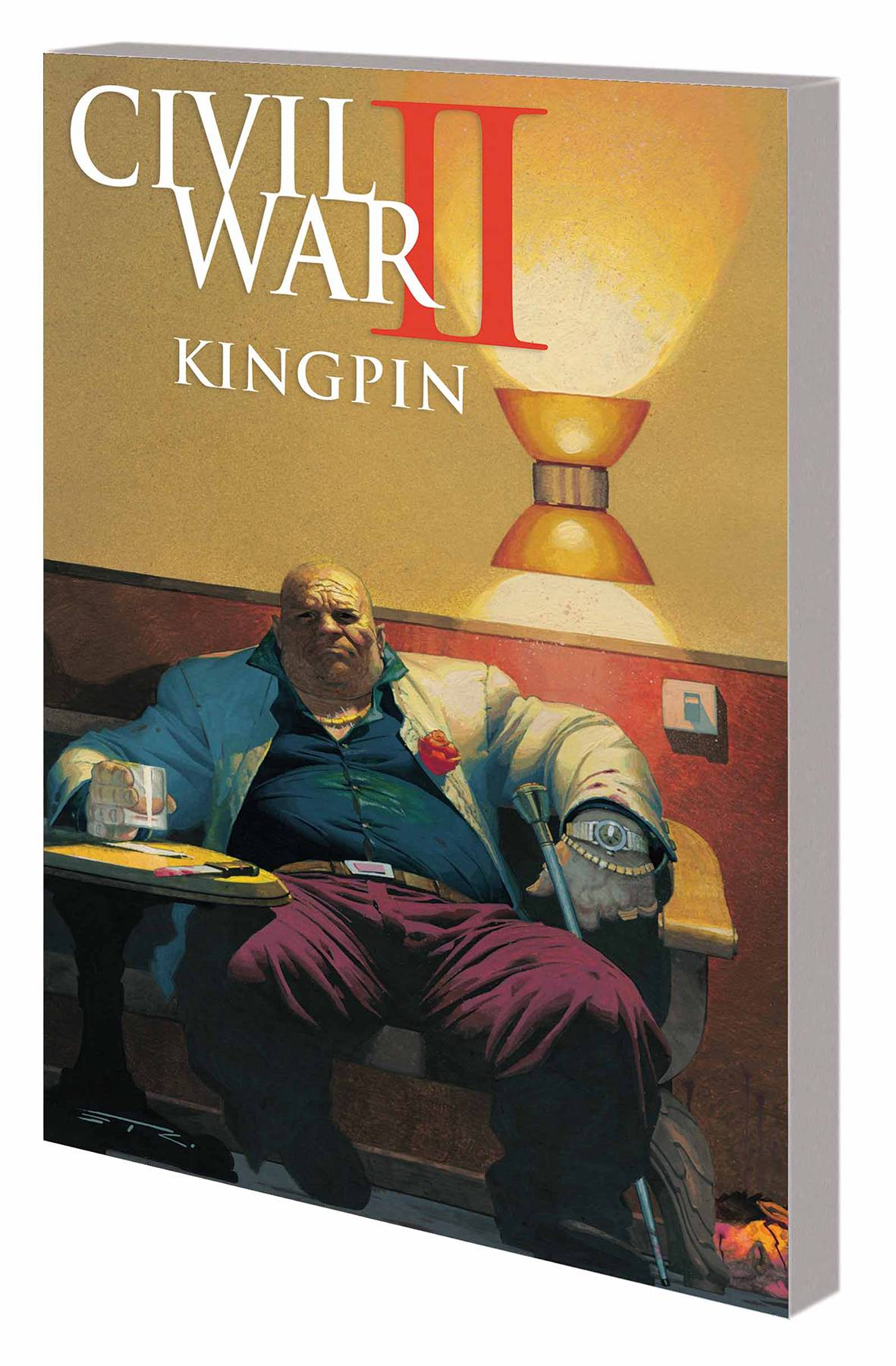 #
AUG161002
(W) Matthew Rosenberg, Stan Lee (A) Ricardo Lopez Ortiz, John Romita Sr. (CA) Aaron Kuder
When Earth's heroes go to war, that only spells opportunity for the villains! And few have the knowhow to take advantage like the Kingpin! For while an Inhuman with the ability to predict the future has inspired a clampdown on crime before it can even happen, Wilson Fisk has managed to stay one step ahead of the good guys - and his business is booming! But what's his secret? One thing's for sure - his competitors are jealous and that's bad news for Fisk's men. Worse still, Fisk has reason to believe that one of his own is plotting against him. But enemies inside and out are nothing compared to the ultimate threat to his empire - the Punisher! As conflict rages all around him, can Wilson Fisk stay the Kingpin of a world without crime? Collecting CIVIL WAR II: KINGPIN #1-4, plus the classic AMAZING SPIDER-MAN (1963) #51.
Rated T+
In Shops: Nov 16, 2016
SRP: $15.99
ORDER WISH LIST