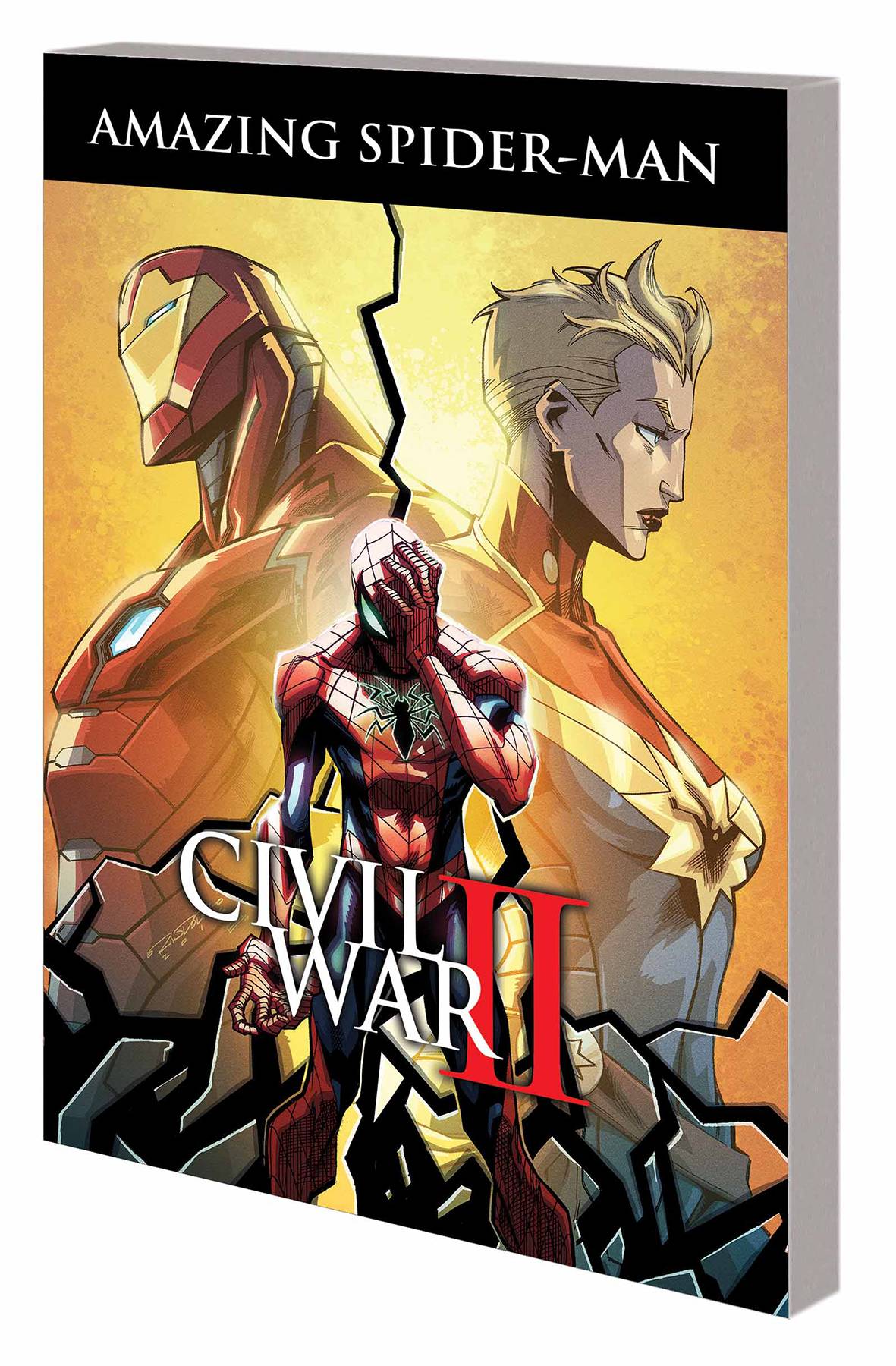 #
AUG161001
(W) Christos Gage, Dan Slott (A) Travel Foreman, Giuseppe Camuncoli (CA) Khary Randolph
CIVIL WAR II rocks the Amazing Spider-Man's world! There's a new Inhuman with the ability to predict the future, and as Earth's heroes grapple with their feelings about his very existence, there's one fact on which almost everyone can agree: This Ulysses bears great power, and has a tremendous responsibility to use it safely. Peter Parker knows a thing or two about that, so who better to serve as a mentor? But when that ol' Parker luck strikes, Ulysses predicts someone close to Spidey is about to turn traitor! Could it be that one of his oldest foes is about to return? As friends turn against friends across the Marvel Universe, Spider-Man is no exception - but with whom will he clash? Collecting CIVIL WAR II: AMAZING SPIDER-MAN #1-4 and material from AMAZING SPIDER-MAN (2014) #7-8.
Rated T+
In Shops: Nov 02, 2016
SRP: $15.99
ORDER WISH LIST