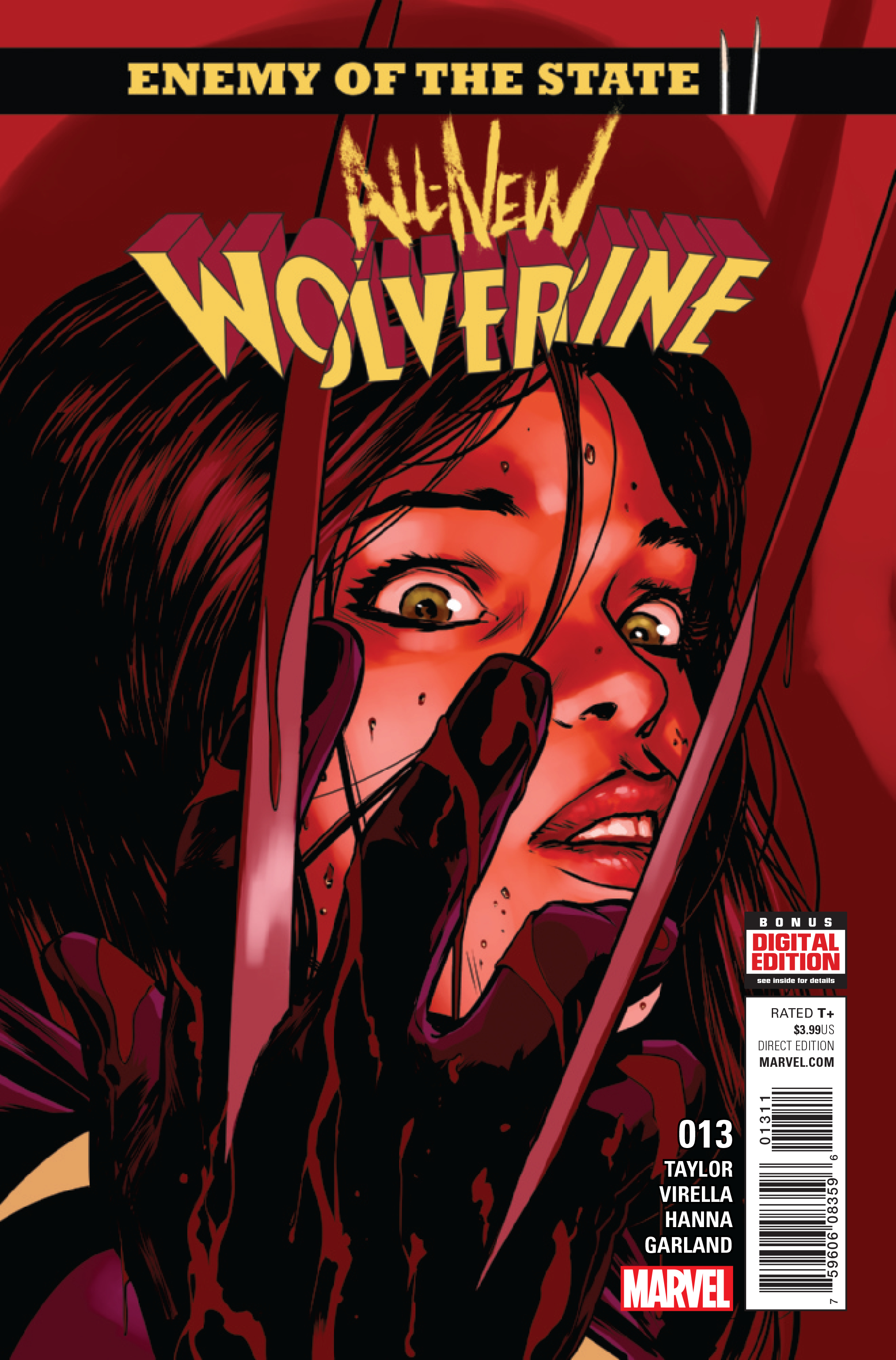 AUG160947
(W) Tom Taylor (A) Nicole Virella, Scott Hanna (CA) David Lopez
"ENEMY OF THE STATE II" STARTS NOW!
WOLVERINE: MURDERER!!! Laura has fought so hard to be something other than what she was created to be, but the fight is over. Wolverine has blood on her hands. In the wake of an unspeakable tragedy, dark forces have Laura's life under their control. Will Laura be able to defeat demons on the outside and from within? Or will she be forced to give up the hero's life she's built for herself?
Rated T+
In Shops: Oct 05, 2016
SRP: $3.99
View All Items In This Series